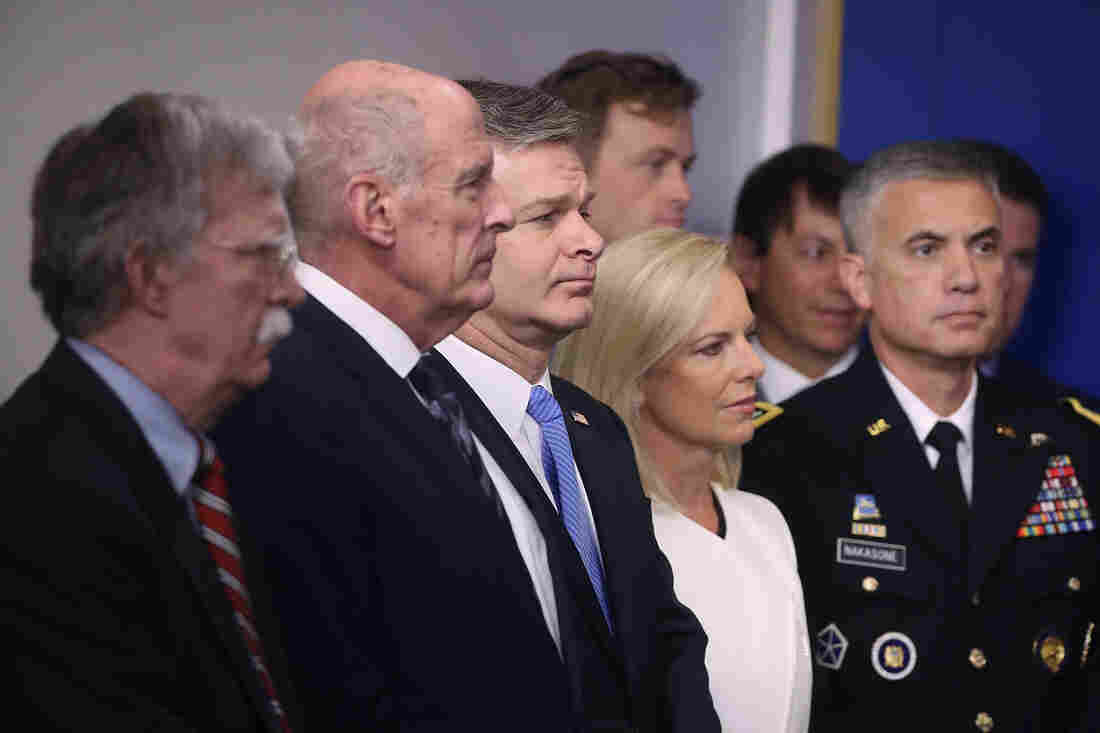 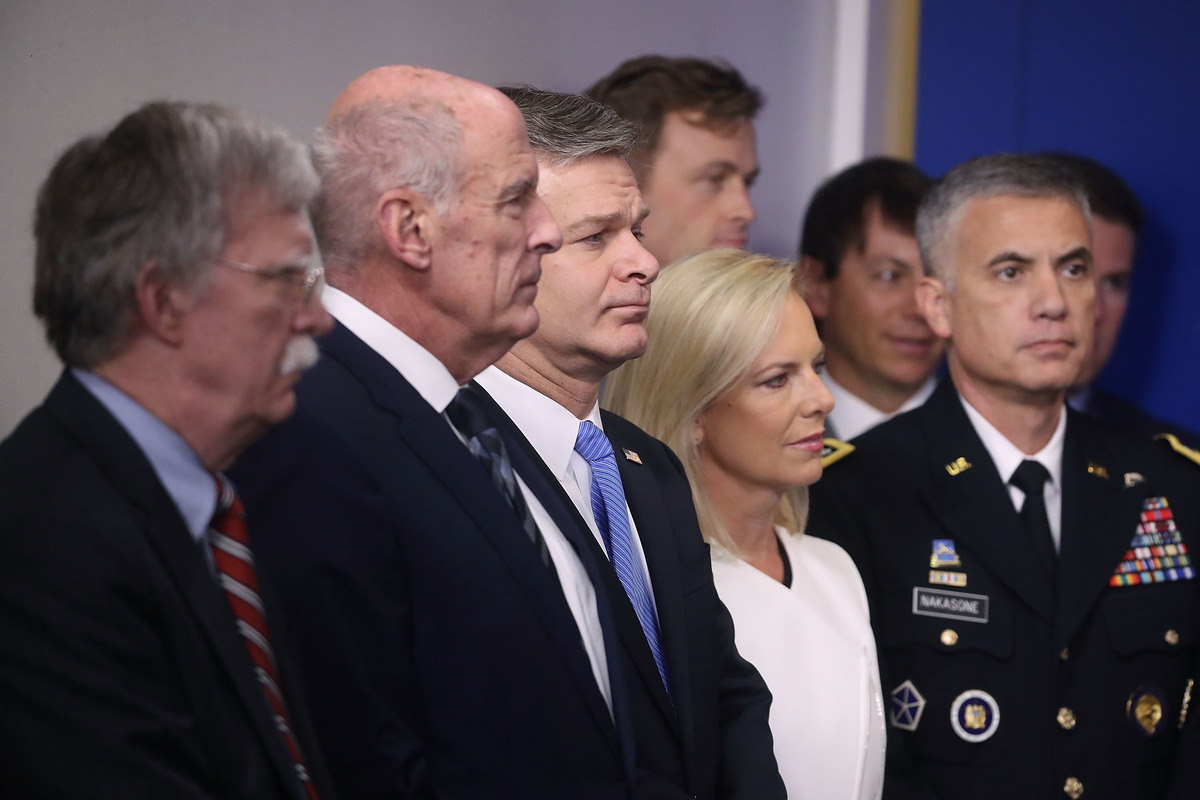 A day after a key lawmaker said the U.S. government was not doing enough to take election interference by foreign powers seriously, the Trump administration responded forcefully with a surprise White House briefing to emphasize the breadth and extent of its election security initiatives.

“The president has taken decisive action to defend our election systems from meddling and interference,” national security adviser John Bolton said at the briefing.

Last month, Trump came under broad, bipartisan criticism for appearing to downplay the U.S. intelligence community’s assessment that Russia was behind 2016 cyberattacks, during a press conference with Russian President Vladimir Putin.

In a letter to Senate Democrats who had written President Trump to complain about his administration’s response to Russian-backed hacking against Democrats and state election infrastructure during the 2016 election, Bolton emphasized, “President Trump has not and will not tolerate interference in America’s system of representative government.”

Bolton’s letter touted stepped-up federal-state information sharing and coordination on election security and listed a series of Russian entities that had been sanctioned since Trump took office. A White House fact sheet described the administration’s efforts as a “whole-of-government approach.”

“We meet on this constantly, the senior staff here in the White House. We meet with the heads of the different agencies involved. We discuss it quite regularly,” Bolton told reporters at the briefing.

At a Senate intelligence committee hearing on Wednesday, the panel’s chair, Sen. Richard Burr, R-N.C., said, “Some feel that we as a society are sitting in a burning room, calmly drinking a cup of coffee, telling ourselves, ‘This is fine.’ That’s not fine.

“We should no longer be talking about if the Russians attempted to interfere with American society. They’ve been doing it since the days of the Soviet Union, and they’re still doing it today,” Burr continued.

At Thursday’s briefing, top administration officials concurred with Burr’s assessment that Russia was continuing efforts to interfere in U.S. politics.

“Our democracy is in the crosshairs,” said Homeland Security Secretary Kirstjen Nielsen.

In the past week, two Democratic senators, Claire McCaskill of Missouri and Jeanne Shaheen of New Hampshire, have stepped forward to describe attempts to hack their computer systems. On Tuesday, Facebook announced that it had disrupted an online influence operation that reached nearly 300,000 followers with political messages.

“We continue to see a pervasive messaging campaign by Russia to try to weaken and divide the United States,” said Director of National Intelligence Dan Coats. “We will continue to monitor and warn of any such efforts.”

Coats emphasized that Russia was not the only country the intelligence community was monitoring: “We know there are others that — who have the capability, and may be considering influence activities.”

So far, that campaign seems to have avoided the voter registration systems and election equipment vendors that were targeted in 2016.

“We are not yet seeing the same kind of efforts to specifically target election infrastructure,” said FBI Director Christopher Wray.

Earlier this year, Congress distributed $380 million to all 50 states to enhance election-related cybersecurity. That money is just now flowing to state and local officials and will have a limited impact on the 2018 elections.

Republicans in both chambers of Congress defeated attempts by Democrats to give states an additional $250 million for election security.

In response to Wednesday’s White House briefing, Democratic senators, led by Minority Leader Chuck Schumer, D-N.Y., said, “We implore the administration to take this very real and imminent threat to our elections and our democracy more seriously.”