Amalija and Viktor Knavs, parents of first lady Melania Trump, walk on the South Lawn of the White House in Washington in June 2017. 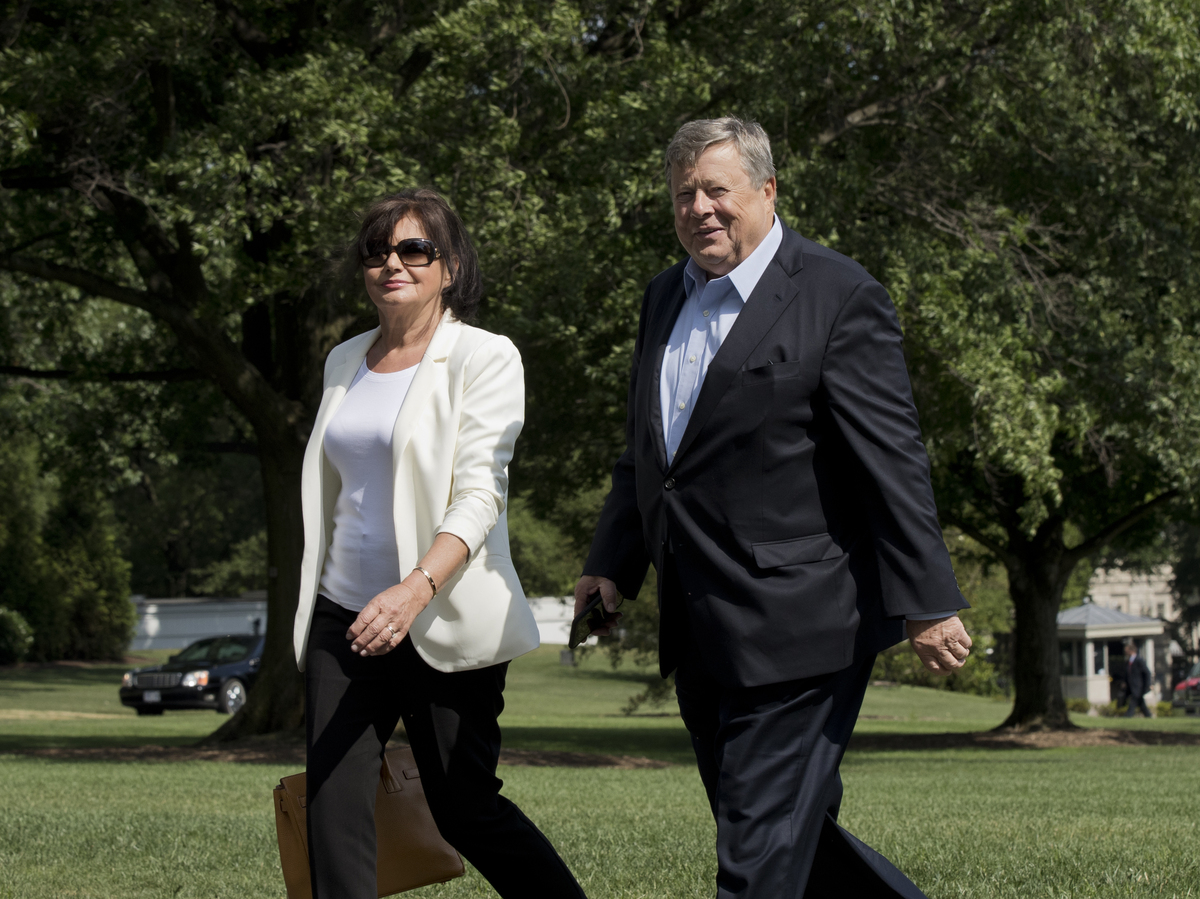 Amalija and Viktor Knavs, parents of first lady Melania Trump, walk on the South Lawn of the White House in Washington in June 2017.

First lady Melania Trump’s Slovenian-born parents were sworn in as U.S. citizens Thursday, benefiting from a path to citizenship known as family-based immigration that the president and others have derisively dubbed “chain migration.”

Viktor and Amalija Knavs, both in their 70s, attended a private swearing-in ceremony in Manhattan, according to their lawyer, Michael Wildes, who said the couple had “travailed a wonderful journey” to become Americans.

“This golden experiment, these doors that are in America, remain hinged open to beautiful people as they have today,” Wildes said after the ceremony, according to The Associated Press.

The lawyer acknowledged that the Knavses had obtained citizenship via the very pathway that their son-in-law, the president, has so publicly denounced. Wildes called chain migration a “dirtier” way of characterizing “a bedrock of our immigration process when it comes to family reunification,” according to The New York Times.

The AP writes that arriving at the ceremony, the Knavses “slipped in and out of a side entrance at a Manhattan federal building flanked by Department of Homeland Security police. Some workers inside didn’t know what was going on.”

Family-based immigration has been a frequent target of the president in his many tweets and speeches.

CHAIN MIGRATION cannot be allowed to be part of any legislation on Immigration!

During a bipartisan meeting with lawmakers in January, for example, Trump said, “Chain migration is bringing in many, many people with one, and often it doesn’t work out very well. Those many people are not doing us right.”

Later that month, he laid out his immigration plan in the State of the Union address, once again calling for an end to family-based immigration, saying it allows a single immigrant to “bring in virtually unlimited numbers of distant relatives.”

On Thursday, the president and first lady were vacationing at the Trump National Golf Club in Bedminster, N.J., and she did not accompany her parents to the ceremony.

Her spokeswoman, Stephanie Grisham, declined to comment, according to AP, saying the first lady’s parents “are not part of the administration and deserve privacy.”

Before the first lady moved to Washington, D.C., last year, Politico reported that her parents were living “with their daughter and grandson [Barron] in the Trump Tower penthouse and [were spending] most weekends with the Trumps at Mar-a-Lago, or … in Bedminster …” Politico said the parents were “expected to become more familiar figures around the White House, helping care for Barron, though they don’t plan to relocate full time to Washington …”

The first lady was born in Slovenia, then part of Yugoslavia, in 1970. She first came to the United States in 1996. She obtained a green card in 2001 and became a naturalized citizen in 2006.

However, the circumstances of her immigration are not entirely clear.

In November 2016, the AP reported that she was paid for several modeling jobs in the U.S. before obtaining a work visa, which would be illegal under immigration law.

Her green card was granted under the elite EB-1 program, according to The Washington Post. That preferential program, popularly known as the “Einstein visa,” is intended for immigrants with “extraordinary ability, [who] are an outstanding professor or researcher, or are a multinational executive or manager,” according to the U.S. Citizenship and Immigration Services.