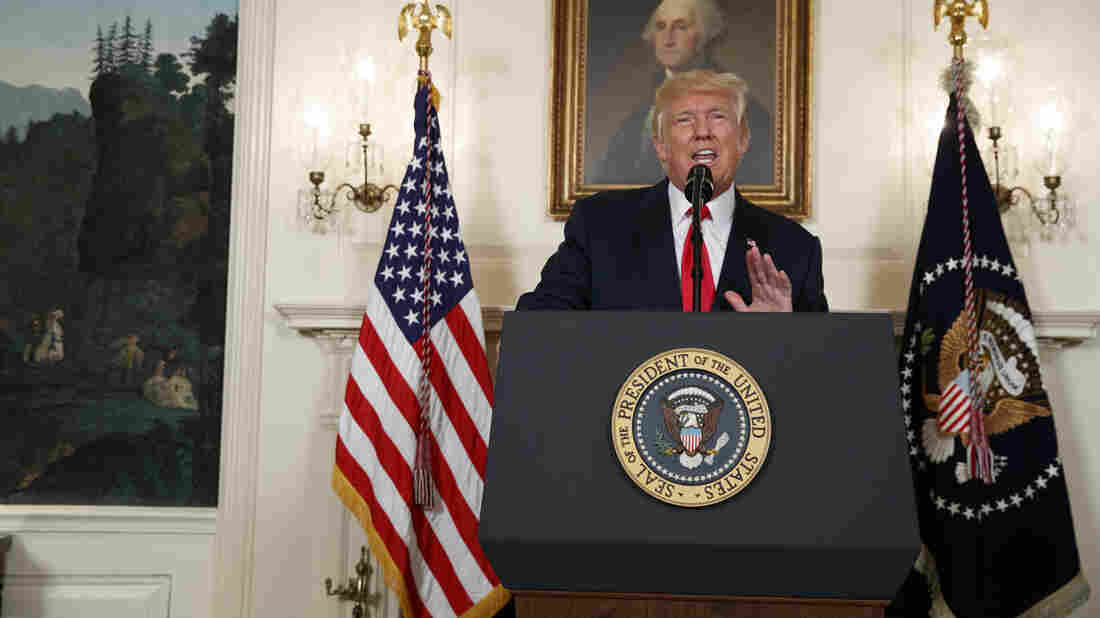 President Donald Trump condemned neo-Nazis and white supremacists in remarks about the Charlottesville, Va. rally at the White House on Monday, Aug. 14, 2017. He later undercut these remarks by blaming “both sides” for the violence at the rally. 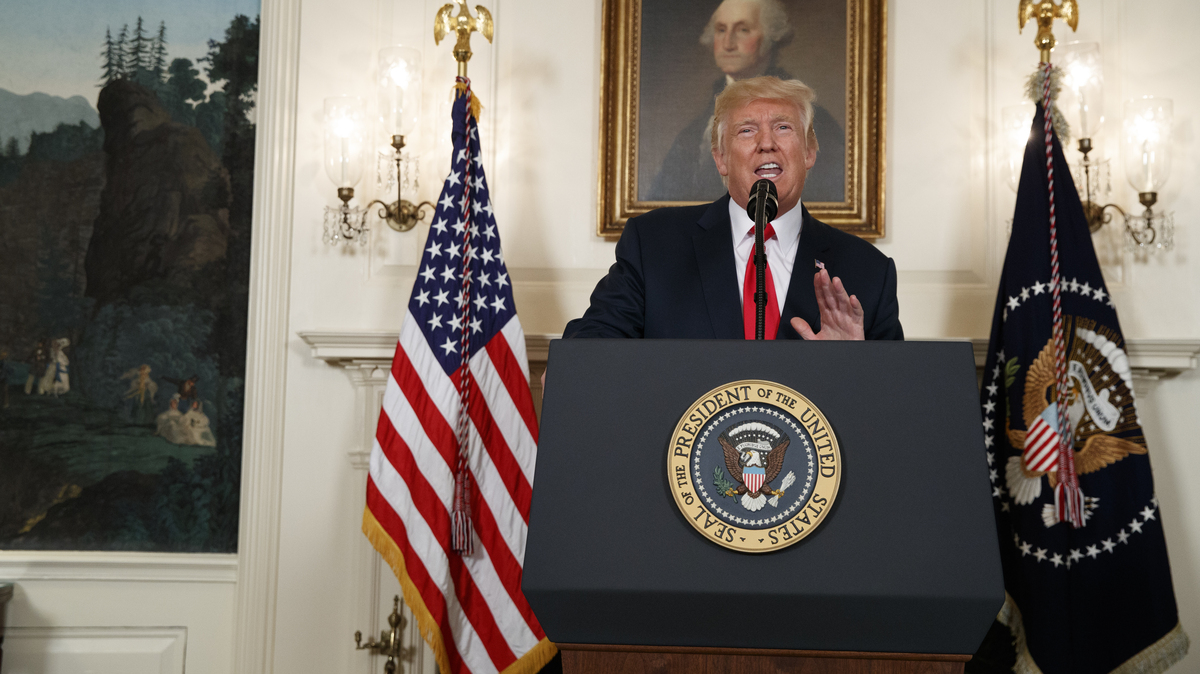 President Donald Trump condemned neo-Nazis and white supremacists in remarks about the Charlottesville, Va. rally at the White House on Monday, Aug. 14, 2017. He later undercut these remarks by blaming “both sides” for the violence at the rally.

It’s not uncommon for President Donald Trump to make statements that draw controversy.

But the backlash he faced a year ago over his response to a violent white nationalist rally in Charlottesville, Va., was unusual even for him.

Ahead of Sunday’s anniversary, Trump tried to strike a conciliatory tone on Twitter Saturday morning: “The riots in Charlottesville a year ago resulted in senseless death and division. We must come together as a nation. I condemn all types of racism and acts of violence. Peace to ALL Americans!”

The riots in Charlottesville a year ago resulted in senseless death and division. We must come together as a nation. I condemn all types of racism and acts of violence. Peace to ALL Americans!

A year ago, Trump faced real pushback for the first time as president over his rhetoric from Republican leaders and even members of his own administration.

There were questions about whether this would be a turning point for the Trump presidency, but ultimately the furor died down.

In the 12 months since that Charlottesville rally, not a lot has changed for Trump. But, the comments may have helped to harden opinions about Trump’s approach to race.

“While the president may have scored political points among parts of his base, he’s also let loose significant opposition that past Republican presidents have not faced with this level of intensity,” said Lawrence Jacobs, a political studies professor at the University of Minnesota.

Now on Sunday, one year after the march in Charlottesville, the white nationalist organizers of the original event are planning to hold another rally in a park near the White House.

On the day of last year’s Charlottesville rally where a counter protester was killed, Trump made brief public remarks about the incident.

“We condemn in the strongest possible terms this egregious display of hatred, bigotry and violence on many sides, on many sides,” Trump said.

Republican Senator Cory Gardner of Colorado was among those who argued that Trump needed to be more clear about who he was condemning.

“This is not a time for vagaries. This isn’t a time for innuendo or to allow room to be read between the lines. This is a time to lay blame … on white supremacists, on white nationalism and on hatred,” Gardner said on CNN the day after Trump’s initial statement.

In response to the criticism, Trump delivered a statement at the White House that explicitly called out racist groups.

“Racism is evil. And those who cause violence in its name are criminals and thugs, including the KKK, neo-Nazis, white supremacists, and other hate groups that are repugnant to everything we hold dear as Americans,” Trump said.

But, that walk back did not last long.

The next day during an infrastructure event at Trump Tower, Trump held an impromptu press conference where he seemed to double down on his original comment. He said there was blame on both sides and seemed to equate the actions of the counter protesters with those of the white nationalists.

“You had some very bad people in that group, but you also had people that were very fine people, on both sides,” Trump said.

After that press conference, the outrage at Trump from both sides of the aisle intensified.

Republican House Speaker Paul Ryan, who until that time had not been very critical of Trump as president, said Trump “messed up.”

“It sounded like a moral equivocation or at the very least moral ambiguity when we need extreme moral clarity,” Ryan said on CNN.

Corporate executives pulled out of two White House business advisory panels as they attempted to distance themselves from Trump. The two panels ended up disbanding.

There was speculation that some White House officials might leave, as well. Trump’s top economic adviser at the time, Gary Cohn, acknowledged to the Financial Times that month that he faced enormous pressure to quit over the comments.

Ultimately, he said he decided to stay. And there were no resignations in the top ranks of the Trump administration. Outside of some harsh statements, most Republicans in Congress also continued to enthusiastically back Trump.

The White House was able to eventually move past the crisis and focus on other items on its agenda, like tax cuts and trade policy.

Trump, for his part, has not been hesitant about making provocative statements around issues of race since the events in Charlottesville.

He has repeatedly attacked NFL players who kneel during the national anthem to protest police brutality against black Americans.

He has also questioned the intelligence of prominent black figures, including NBA superstar LeBron James and Democratic Congresswoman Maxine Waters.

His comments about illegal immigration have also drawn rebuke from some opponents, who argue he uses dehumanizing language.

In June, Trump tweeted that Democrats want to allow illegal immigrants to “infest our country” no matter how bad they are.

Democrats are the problem. They don’t care about crime and want illegal immigrants, no matter how bad they may be, to pour into and infest our Country, like MS-13. They can’t win on their terrible policies, so they view them as potential voters!

Trump says his harsh language is aimed at gang members and dangerous criminals.

The White House defends Trump against charges of racism, saying he has been clear that he condemns white supremacy.

Jacobs argued that Trump’s incendiary language may be turning off moderate voters who view the president’s rhetoric as divisive.

In a Quinnipiac University poll last month, voters were split on whether Trump was a racist, with 49 percent saying he is and 47 percent saying he is not. But, that same poll found that 55 percent of voters said that Trump has emboldened people who hold racist beliefs to express those beliefs publicly.

“He has taken a political hit. And it shows up in polls that describe the president as being harmful to race relations. It also is factoring I think to the voting that we’re going to see this fall in which we’re seeing white suburban communities deserting the president,” Jacobs said.