Broidy, who is being investigated by the Department of Justice, reportedly promised foreign officials that the US government would fulfill their wishes if they paid him tens of millions of dollars, sources told The Washington Post.

Prosecutors are now probing whether Broidy tried to convince the Trump administration to extradite a Chinese ‘dissident’ Guo Wengui back to China, an action sought by Chinese President Xi Jinping. 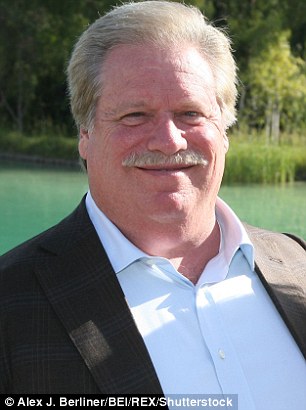 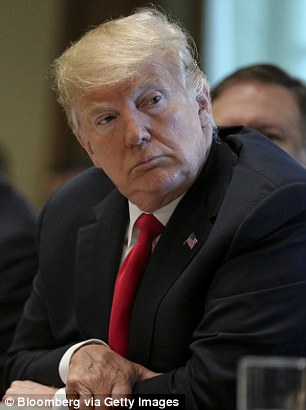 Wengui fled to the United States in 2014 where he is now seeking asylum after accusing officials in his native China of corruption.

He has since made explosive corruption accusations against China’s elite by posting a series of graft allegations on social media, and called for a ‘change of the regime’ in Beijing.

Prosecutors are also looking at if Broidy tried to earn $75 million from a Malaysian businessman Jho Low in exchange for getting the DOJ to drops its investigation into a development fund run by the Malaysian government.

Low, a financier at the centre of Malaysia´s 1MDB mega-scandal, is suspected of being a key figure in one of the world’s biggest frauds along with ousted leader Najib Razak and his cronies.

He led a high-rolling lifestyle after allegedly stealing huge sums from 1MDB. He hung out with celebrities such as Leonardo DiCaprio, partied with Paris Hilton, and reportedly spent vast sums in New York’s hottest nightspots.

As investigations into the controversy accelerated, the Malaysian took to a luxury yacht allegedly bought with stolen cash and sailed around Asia, until the vessel was seized off Bali recently as part of 1MDB-linked probes.

The Department of Justice, which has launched lawsuits to seize assets allegedly bought with stolen 1MDB cash in the US, alleges $400 million from the fund was sent to America ‘for the personal gratification of Low and his associates’.

Broidy’s lawyer has denied all allegations.

‘Elliott Broidy has never agreed to work for, been retained by nor been compensated by any foreign government for any interaction with the U.S. Government, ever. Any implication to the contrary is a lie,’ he said.

Scandal-hit Broidy was already forced to step down down from his position as Republican National Committee deputy finance chairman in April this year.

The move came after former Playboy model, Shera Bechard, filed a lawsuit against Broidy after reportedly becoming pregnant during their affair.

Bechard had agreed to a $1.6 million settlement with the top Trump donor, but has since filed a suit against and her lawyer.

She is asking that Broidy hand over $200,000 on top of the remaining $1.2 million she is owed as part of their settlement agreement in a complaint filed on July 6 inCalifornia.

The complaint alleges that Broidy made a $200,000 payment one day before a 12-weeks-pregnant Bechard aborted his child, and a second payment in the same amount in April, but then stopped paying out the settlement.

It is also revealed in the heavily redacted copy of the court filing, which was previously under seal and has now been obtained by DailyMail.com, that Bechard wants $140,000 from her former attorney Keith Davidson and undisclosed damages from both him and Michael Avenatti for leaking her story to the press. Settle for more: Shera Bechard (above in undated photo)  is also suing Elliott Broidy for the remaining $1.2 million of their settlement plus an extra $200,000 for breach of contract

‘On October 31, 2017, Ms. Bechard met with Mr. Davidson and asked for his help dealing with a problem,’ states the complaint.

‘She was seven weeks pregnant with the child of Mr. Broidy (the then-Finance Chairman of the Republican National Committee), conceived in an extramarital affair.’

Bechard is a former Playmate who briefly date Hugh Hefner.

She was born in Canada, and like Melania Trump received an elusive ‘Einstein visa’ back in 2012.

Broidy, 62, has three children with wife Robin and was deputy finance chairman of the Republican national Committee until April, when news of the alleged affair broke.

He has not made any payments since stepping down from that post.

Bechard states that she was ‘confused’ and ‘scared’ at the time but things quickly began to move along, and on November 8 Davidson came back and said he had made contact with Broidy’s lawyer. 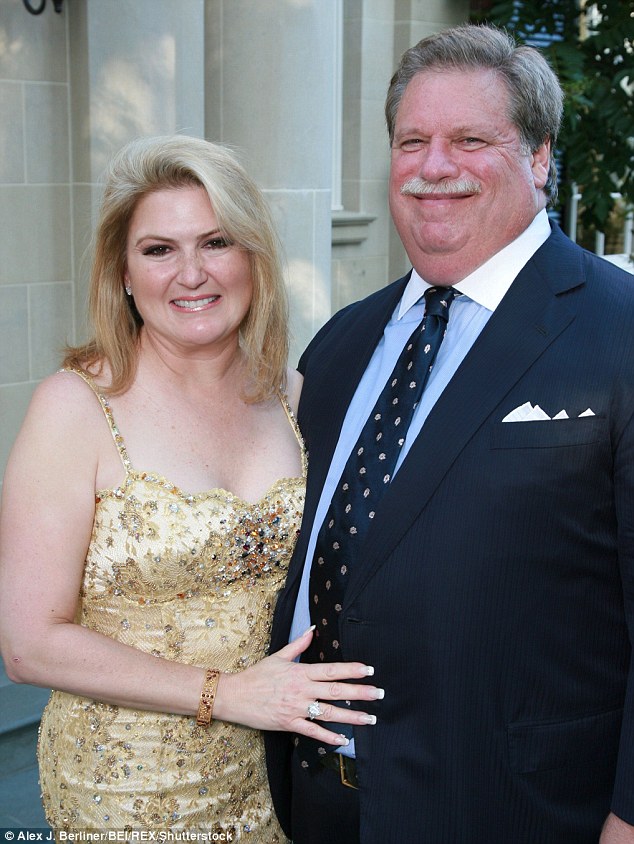 ‘Ms. Bechard was surprised to hear that Mr. Davidson had so quickly 15 figured out who Mr. Broidy’s lawyer was, so she asked how that had happened,’ reads the complaint.

‘Mr. Davidson responded that he had a ‘relationship’ with the lawyer, a guy named Michael Cohen. Ms. Bechard 17 asked, ‘wait, he’s your friend?’ But Mr. Davidson said no.’

Just a week after that the deal for $1.6 million was offered to Bechard by her lawyer, with the sum represeneting ‘the net present value of child-support payments Mr. Broidy would be expected to make 23 over the 18-year support term of their child.’

Davidson told Bechard that ‘she would give up all rights to sue Mr. Broidy for past conduct and would be required to 25 never again speak of the affair’ if she signed the agreement, terms she agreed to at the time.

The agreement was signed on December 1, with Bechar set to receive eight quarterly installments of $200,000, minust Davidson’s 35 percent fee for negotiating the deal.

‘Mr. Davidson told her that she was not getting paid to have an abortion, but 21 rather to give up her rights to sue Mr. Broidy and to not to talk about the relationship,’ states the complaint.

On December 5, Bechard received a $200,000 payment and on December 6 she ended her pregnancy after 12 weeks states the complaint.

The next payment came on April 1, with Davidson withholding $70,000 from each payment, money which Bechard is now demanding also be returned to her in the lawsuit

She wants that money back because of Davidson’s past relationship with Cohen, which she learned of in April when The New York Times released a story detailing how the two men worked together while drawing up a settlement for Karen McDougal.

She fired Davidson at that time, and soon after Avenatti began to leak details of the settlement.

One day after Avenatti teased the story, the Wall Street Journal broke the news of the affair and named both Becar and Broidy.

In that same article it was also revealed that it was Cohen who reached out to Broidy.

That was further detailed in a subsequent story, with Broidy claiming that Cohen told him: ‘It’s your lucky day, because you have a big problem and I can help you solve it.’

This was also confirmed with the release of Avenatti’s March report, which showed three payments of $62,500 being wired to 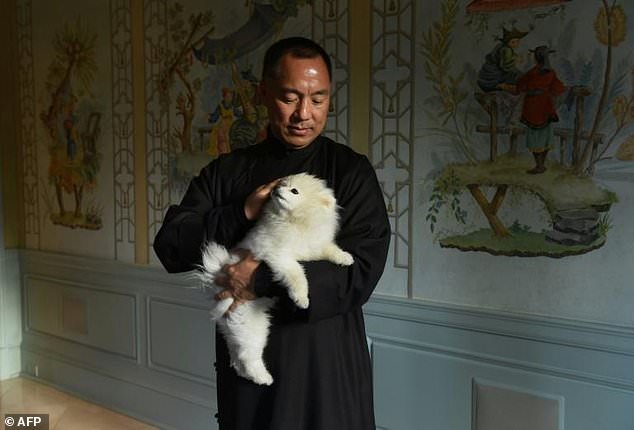 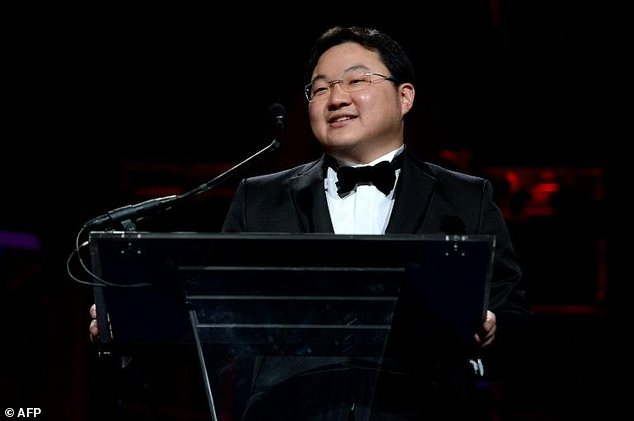 Bechard also reveals that Davidson never allowed her to keep a copy of the settlement, and that he responded to requests made by the Journal without her consent.

When Bechard tried to obtain the agreement she was told that she owed Davidson $420,000 states the complaint.

Furthermore, she claims Davidson changed the contract without her consent, adding a $4.8 million penalty should she breach the agreement.

Behar is suing Broidy for breach of contract and Davidson for torturous interference an d conspiracy to commit breach of fiduciary duty.

She is asking that Davidson return the payments he has received and that he and Avenatti pay damages to be determined at trial for leaking information of the affair and settlement.

‘I did nothing wrong. I owed her no duty and the information was already in the hands of the Wall Street Journal. The allegations against me are frivolous,’ said Avenatti when asked for comment.

Broidy has also launched his own lawsuit against Ahmed Al-Rumaihi, a Qatari who is accused in court in Los Angeles of boasting that he was trying to bribe Steve Bannon and had targeted other officials.

On May 26, Briody accused the investor of being part of a Qatari government plot to hack Broidy’s emails and distribute them to the press.

The leaked emails showed Broidy was selling his influence with Trump to the United Arab Emirates (UAE), promoting policies favorable to the gulf state, which is Qatar’s bitter rival in the region.