Politicians celebrated the multifaceted legacy of Sen. John McCain, R-Ariz., in tributes after his death on Saturday. 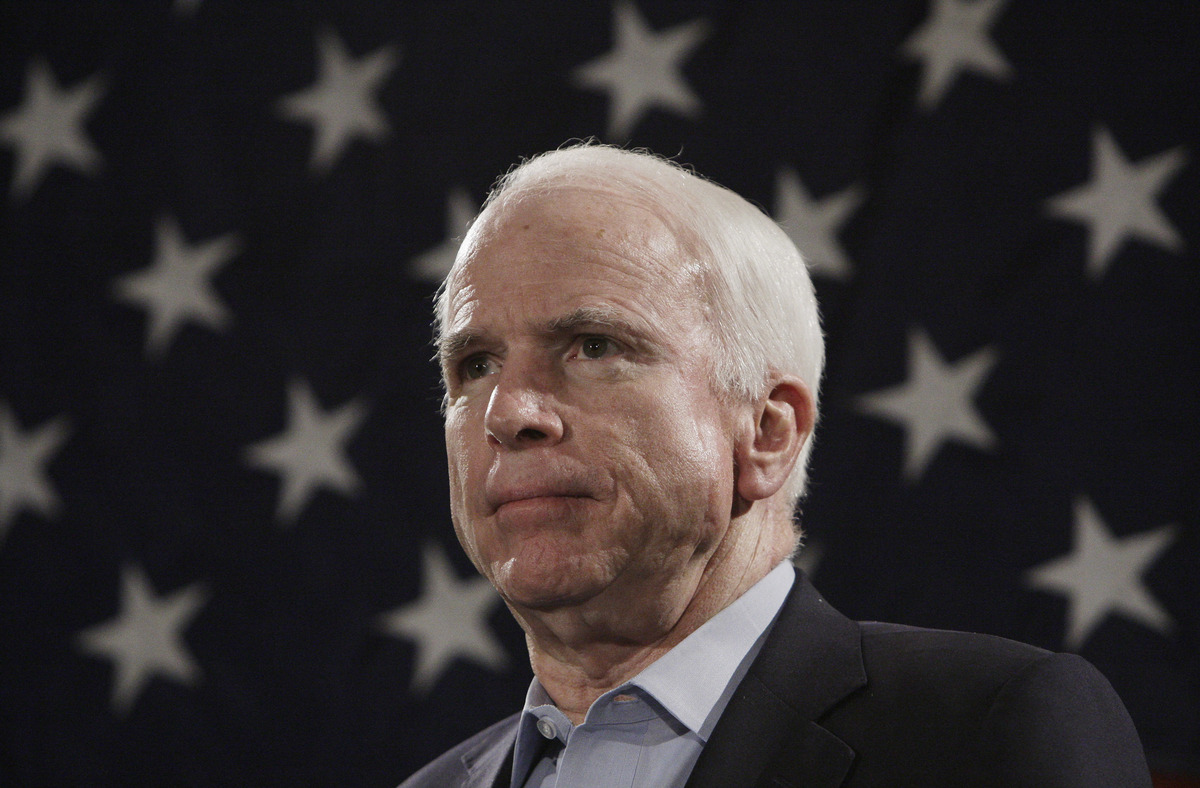 Politicians celebrated the multifaceted legacy of Sen. John McCain, R-Ariz., in tributes after his death on Saturday.

Sen. John McCain died Saturday, a day after his office announced his decision to discontinue medical treatment for brain cancer. Before his death, McCain’s wife Cindy said in a tweet that the McCain family was “overwhelmed by the outpouring of love and support from around the world.”

That outpouring swelled after the news of his death broke on Saturday.

One of the most personal tributes came from McCain’s close friend and colleague, Sen. Lindsey Graham.

America and Freedom have lost one of her greatest champions.

….And I’ve lost one of my dearest friends and mentor.

“America and Freedom have lost one of her greatest champions. ….And I’ve lost one of my dearest friends and mentor,” Graham wrote.

“I will need some time to absorb this, but I want Cindy –and the entire McCain family — to know they are in my prayers,” Graham added.

President Trump offered his “deepest sympathies and respect” to the McCain family. “Our hearts and prayers are with you!” he added. McCain had been a frequent critic of Trump, whose “America First” ideology McCain believed parted from the country’s values. As a presidential candidate, Trump had belittled the former prisoner of war’s years spent in captivity.

“Few of us have been tested the way John once was,” former president and McCain’s 2008 election opponent Barack Obama said in a statement. Despite political divisions, Obama said he and McCain shared the privilege of serving a higher obligation — “the ideals for which generations of Americans and immigrants have fought, marched, and sacrificed.”

Sarah Palin, who joined the McCain ticket as the potential vice president in the 2008 campaign, mourned her one-time running mate, calling him a friend, maverick and and an “American original.” “John never took the easy path in life – and through sacrifice and suffering he inspired others to serve something greater than self,” she tweeted.

Today we lost an American original. Sen. John McCain was a maverick and a fighter, never afraid to stand for his beliefs. John never took the easy path in life – and through sacrifice and suffering he inspired others to serve something greater than self.

George W. Bush, the 43rd president who beat out McCain in a tense primary for Republican presidential nominee in 2000, praised the senator as “a man of deep conviction and a patriot of the highest order.”

Bush’s father, former President George H.W. Bush, remembered McCain as a courageous public servant. “Few sacrificed more for, or contributed more to, the welfare of his fellow citizens — and indeed freedom-loving peoples around the world,” he said in a statement.

Former President Bill Clinton and former Secretary of State Hillary Clinton described McCain as a skilled politician who “frequently put partisanship aside to do what he thought was best for the country.”

“The world has lost a hero and a statesman,” said Jeff Flake, Arizona’s other representative in the Senate. “Cindy and the McCain family have lost a loving husband and father. I have lost a wonderful friend.”

Words cannot express the sorrow I feel at John McCain’s passing. The world has lost a hero and a statesman. Cindy and the McCain family have lost a loving husband and father. I have lost a wonderful friend.

“It’s an understatement to say the Senate will not be the same without our friend John,” said Senate Majority Leader Mitch McConnell, who broke the news to a room of gasps at the Republican Party’s annual Lincoln dinner in Kentucky.

Senate Minority Leader Chuck Schumer, who lauded his colleague as a “truth teller,” says he wants to rename one of the Senate office buildings after McCain “so that generations remember him.”

Elsewhere on Twitter, McCain’s trying years in the military were noted among commemorators as a defining feature of the Vietnam War veteran’s life. McCain was a prisoner of war for more than five years.

John Kerry, a former secretary of state and senator, who like McCain served in the war, said McCain “was an American original — guts, grit, and ultimately grace personified.”

Kerry recounted the two of them visiting the cell in Vietnam where McCain was once imprisoned:

“I stood with John, the two of us alone, in the very cell in the Hanoi Hilton where years of his life were lived out in pain but always in honor. If you ever needed to take the measure of John McCain, just count the days and years he spent in that tiny dank place and ask yourself whether you could make it through an hour.”

Canadian Prime Minister Justin Trudeau described the late Arizona senator as “an American patriot and hero whose sacrifices for his country, and lifetime of public service, were an inspiration to millions.”