Google ignored State of the Union after promoting Obama’s

President Donald Trump expressed optimism Wednesday that a trade deal could be reached Canada, after he snubbed the U.S.’ northern neighbor and reached a preliminary deal with Mexico. (Aug. 29)
AP 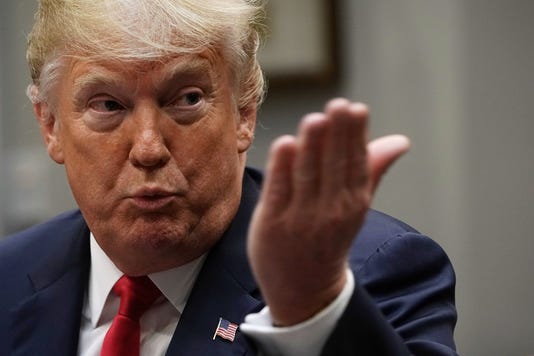 WASHINGTON – President Donald Trump escalated his criticism of Google on Wednesday with a tweet that appeared to show the search engine promoting his predecessor’s State of the Union addresses but not his own.

The video showed Google’s search engine noting on its homepage where users could watch a live stream of Obama’s speeches from 2012 to 2016. The video then showed blank spaces in 2017 and 2018 where the promotions were positioned during Obama’s term.

Google said in a statement it had, in fact, highlighted the live stream of Trump’s State of the Union this year. It said the search engine has historically not promoted a president’s first address to Congress, which is technically not a State of the Union.

The tweet came a day after Trump’s top economic adviser, Larry Kudlow, indicated the administration is considering regulations for the search engine over what the president has described as a reluctance to include conservative voices in its results.

“We just want fairness,” Trump told reporters at the White House. “You know what we want? Not regulation; we want fairness.”

“When they try to silence our views we must speak louder,” he wrote.

Google has disputed Trump’s assertion that its results have a political bent. The company said Tuesday that its search engine is not designed with the intent of promoting a political ideology but is instead aimed at generating “high-quality content.”