Mark D’Amico (left) and Kate McClure (center) speak with Megyn Kelly on Megyn Kelly Today. The couple set up a GoFundMe page for homeless man Johnny Bobbitt, but his lawyer says the money is gone and little of it went to Bobbitt. 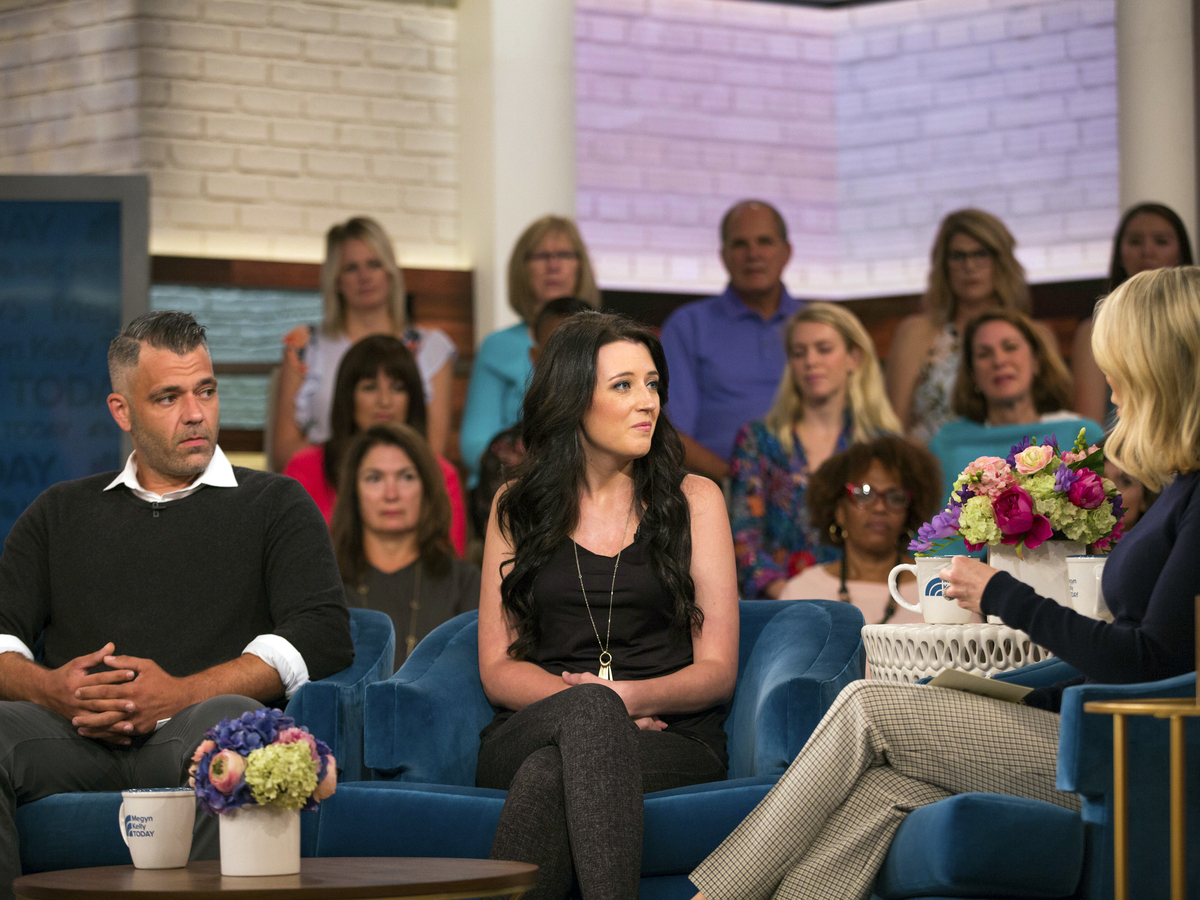 Mark D’Amico (left) and Kate McClure (center) speak with Megyn Kelly on Megyn Kelly Today. The couple set up a GoFundMe page for homeless man Johnny Bobbitt, but his lawyer says the money is gone and little of it went to Bobbitt.

When Johnny Bobbitt first met Kate McClure and their feel-good story about a chance encounter that changed both their lives hit the daytime TV circuit, he said her generosity inspired an “indescribable” feeling in him. But less than a year later, that feeling has become devastation, according to his lawyer.

Bobbitt and his attorney claim that more $400,000 raised by McClure and her boyfriend in a GoFundMe campaign intended to lift him out of homelessness, has vanished without ever reaching him.

Bobbitt and McClure crossed paths in October 2017, when McClure ran out of gas on Interstate 95. Using his last $20, Bobbitt, who was homeless at the time, offered help. He walked to a gas station and safely got McClure back on her way home to New Jersey. In gratitude, McClure and Mark D’Amico launched a GoFundMe campaign that went viral and received more than 14,000 donations totaling $402,706.

In McClure’s pitch to the public, she pledged to use the money to buy Bobbitt a home and his dream car — a 1999 Ford Ranger. “There will also be 2 trusts set up in his name, one essentially giving him the ability to collect a small ‘salary’ each year and another retirement trust which will be wisely invested by a financial planner which he will have access to in a time frame he feels comfortable with so when the time comes he can live his retirement dream of owning a piece of land and a cabin in the country,” she wrote.

But Bobbitt’s lawyer, Chris Fallon, argues the couple failed to deliver on any of their promises. They didn’t buy Bobbitt a house, they bought him a trailer, registered it under McClure’s name and parked it on her family’s land. They didn’t buy Bobbitt’s dream car, they bought him different used car, also registered under McClure’s name. It has since broken down. The salary never materialized and neither did the investments. And now, all of the money is apparently gone.

Fallon said he learned of the dried-up account during a call with the couple’s lawyer on Tuesday.

“It completely shocked me when I heard,” Fallon told the Philadelphia Inquirer. “It came as a complete surprise to me.”

He described Bobbitt as “completely devastated” by the revelation, according NJ.com.

In an interview with CNN Fallon said by his accounting “there should be close to another $300,000 available to Johnny.”

Bobbitt has filed a lawsuit against McClure, who works as a secretary for the New Jersey Department of Transportation, and D’Amico, a carpenter, accusing the couple of mismanaging the money raised on his behalf. And last week, a judge ordered the couple to wire the remaining funds into a trust account and provide a full accounting of what has been spent.

The Inquirer reported the couple missed the Friday deadline.

On Tuesday, Fallon asked the judge to hold the couple in contempt of court and to relinquish what is left of the donations within 24 hours.

Both McClure and D’Amico have repeatedly denied the allegations that they’ve dipped into Bobbitt’s funds. They argue they’ve maintained control of the donations to protect the former Marine veteran, who is drug addict.

“I don’t want him to do anything stupid,” D’Amico told the Inquirer. “He’s a drug addict. That’s like me handing him a loaded gun. He has to do what he has to do to get his life together.”

In an interview on Megyn Kelly Today, on Aug. 27, they said they’ve given Bobbitt close to $350,000. Much of it went toward buying the camper trailer, the used car, Bobbitt’s prior outstanding legal fees, and a $25,000 cash deposit into Bobbitt’s account, which they say he spent mostly on drugs over 13 days. The pair also said Bobbitt gave a significant portion of the sum to family members.

Bobbitt now claims he never wanted the SolAire camper the couple bought. But in an April interview with the Inquirer, he said, “I want to experience life. That’s why I bought a camper — so I could go hunting and fishing.”

He has also raised questions about how the couple has been able to afford a new BMW and recent trips to Las Vegas. They say they’ve paid for the expenses out of their own pocket.

“I hate that it came to this,” Bobbitt told ABC 6, adding that he is back to being homeless and living on the streets.

The network reported that GoFundMe released a statement on Tuesday saying that “any money that was misspent will be guaranteed by the company.”

The Associated Press reported the New Jersey judge overseeing the case has given McClure and D’Amico 10 days to hire an accountant to review the financial records.