Shortly after a New York Times essay called, “I am Part of the Resistance Inside the Trump Administration” was posted by an anonymous senior administration official, President Trump responded from the White House.
USA TODAY 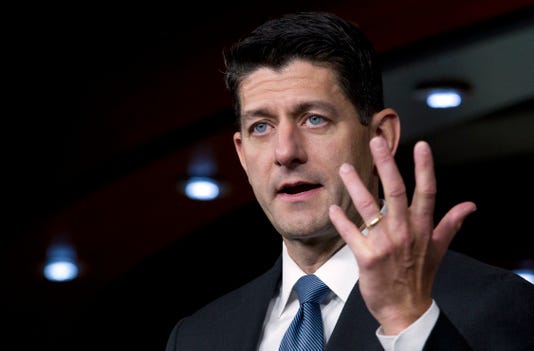 After a bombshell op-ed from an unnamed Trump administration official appeared in The New York Times Wednesday, lawmakers on Capitol Hill were quick to dismiss the author’s claims about President Donald Trump and to focus on what many called the “cowardly” nature of an anonymous attack.

The man or woman described by the Times as a  “senior official” claimed that a “resistance” within the president’s administration is “working diligently from within to frustrate parts of his agenda and his worst inclinations.” According to the author, Trump is amoral, “anti-Democratic,” “erratic,” and “continues to act in a manner that is detrimental to the health of our republic.”

But, because of the anonymous nature of the messenger, many lawmakers, particularly those from the Republican side of the aisle, said there was no reason to take the message seriously.

“Despite the media circus around the unique nature of the op-ed, this is not something I am spending time thinking about,” said Sen. Tim Scott, R-S.C. “If you aren’t willing to put your name on your work, I find it hard to take your claims as credible – period.”

‘I am part of the resistance’: Anonymous senior Trump official blasts president as erratic and amoral

Rep. Joe Wilson, R-S.C., condemned the use of anonymous sources in general when he was asked about the Times column. “Sources should always be identified first,” he said.

Sen. Ted Cruz, R-Texas, told The Hill that “there are thousands of people who call themselves senior officials. So, it doesn’t mean anything without context.”

“At this day in age, for anyone not to put their name on it – they are a coward,” said Rep. Ralph Norman, R-S.C. “And the op-ed ought to be dismissed.”

Many agreed with Norman that the author was a coward for keeping his or her identity a secret, including first lady Melania Trump who told the writer, “you are not protecting this country, you are sabotaging it with your cowardly actions.”

House Speaker Paul Ryan, R- Wisc., said the author was “living in dishonesty.” Ryan indirectly addressed the anonymous author’s concerns when he acknowledged that Trump may use “unconventional tactics,” but he said the president gets “good results.”

Similarly, Republican Sen. Lindsey Graham told Fox News that while Trump “can be a handful,” the author is wrong to say the president is not serving the country well.

“Where I live in South Carolina, people are extremely pleased,” Graham said. “So, this person’s view of the president he’s serving, or she is serving, is out of sync with the people who elected him.”

Although Democrats were more likely to accept the piece’s damning depiction of Trump, even some of them were critical of the author’s decision to remain anonymous.

“It comes as no surprise that senior members of President Trump’s own Administration are deeply troubled by his behavior – his conduct concerns the majority of the American people,” said Sen. Chris Van Hollen, D-Md. “But anonymous sources alone are not enough.”

Minnesota Rep. Keith Ellison, the deputy chair of the Democratic National Committee, said, “If we’re really concerned about putting country over party, the best check on the White House is not unelected, anonymous people who chose to work there, but rather putting a Democratic majority in Congress.”