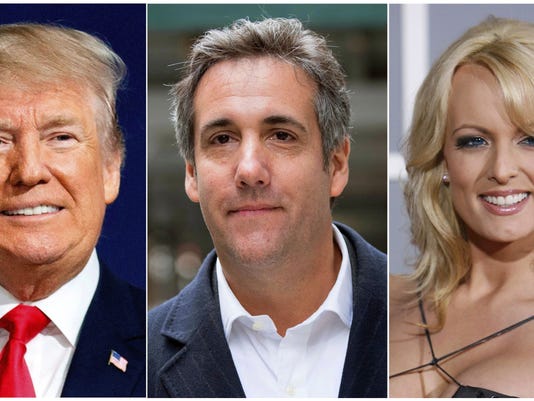 The whole saga started with Daniels signing a nondisclosure agreement to stay silent about an alleged affair with President Donald Trump, just days before the 2016 election. Daniels hired Avenatti and the pair started their legal battle in March by filing a lawsuit seeking to be freed from the agreement.

Both immediately generated headlines. Avenatti became a prominent fixture on cable news and is now even considering running against Trump for president. Daniels appeared on Saturday Night Live, was awarded a key to a California city and enjoyed boosted profits from her appearances at strip clubs across the country.

And now, it would seem that both have won their lawsuit. Trump and Michael Cohen, Trump’s former fixer, appeared to distance themselves from the agreement in a pair of court filings on Friday and Saturday, agreeing the nondisclosure should be tossed.

Cohen said he wanted to dissolve the accord, be repaid the $130,000 he originally gave Daniels in exchange for her silence and have the case dropped. Trump’s lawyers said they have no intent to enforce the agreement and agreed it was void.

But Avenatti says he won’t accept their offers.

Here’s why Avenatti is resistant and what all of this could mean:

So what happens now? Well, like many legal things, it’s convoluted. When Daniels first filed her lawsuit, the primary goal was to have the hush agreement declared null and void by a judge. But that has changed over time.

The lawsuit was amended and the complaint now includes claims Cohen defamed Daniels. Several other separate cases have also been filed, including a defamation lawsuit against the president and suit alleging Cohen and Daniels’ former attorney, Keith Davidson, conspired together against her.

Avenatti’s grand plan includes deposing the president and Cohen in a courtroom about what they knew about the agreement and others like it.

A legal expert says the strongest case in the legal web pertained to this nondisclosure agreement. Renato Mariotti, a Chicago-based defense attorney and former federal prosecutor, said Avenatti’s odds of deposing the president dropped with the back-to-back filings by Trump and Cohen, which could lead to the case being dismissed altogether.

Avenatti pushed back against the back-to-back filings and said after Cohen’s court filing that he didn’t have to accept the offer to toss out the hush agreement and said he and Daniels “will never settle the cases absent full disclosure and accountability.”

But Avenatti might not have much of a choice if a judge agrees to dismiss the case.

“The rest of their [Daniels’] argument is pretty weak so what I think their [Trump and Cohen’s] legal strategy is, it’s to basically say ‘let’s moot out these contract claims and go forward on the weaker claims,'” Mariotti said, adding the idea of dissolving the bulk of the case could win favor with the judge presiding over the case and increase the probability of the case being dropped.

“It’s certainly a coordinated effort between both defendants and that doesn’t surprise me,” he said. “But this is what they should have done from the beginning. If they had, it’s possible this wouldn’t have become such a big problem.”

Avenatti told USA TODAY he has no plans of backing down from the case and said efforts by Trump and Cohen were “going nowhere,” rather just failed attempts to stall the case.

“This is just sloppy lawyers and more desperation by Mr. Cohen and Trump trying to avoid my questions,” Avenatti said.

He pointed to the defamation claim in the lawsuit and the other cases that he and Daniels have filed surrounding the issue. So, regardless of how a court views the offers from Trump and Cohen to drop efforts to enforce the agreement, Avenatti has other possible legal routes to pursue the president and a possible deposition.

“This is just one aspect and one claim of many we’ve filed,” Avenatti said, adding he planned to file a response to Trump and Cohen shortly.