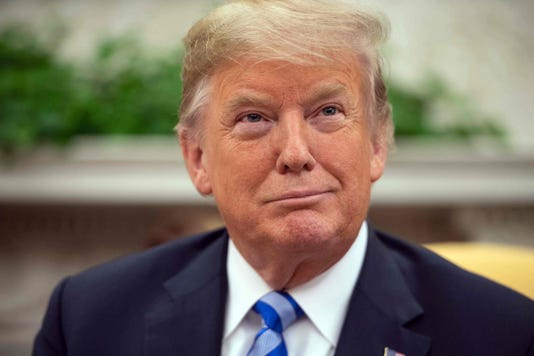 WASHINGTON – Top White House aides tried in vain to persuade President Donald Trump that he should let them check his tweets for accuracy, spelling and tone before he posted them for the world to see, journalist Bob Woodward wrote in his book that was released Tuesday.

The president blasted Brzezinski as “low I.Q. Crazy Mika” and said she had been “bleeding badly from a face-lift” during a New Year’s party at his Florida resort.

The tweet reignited controversy over Trump’s treatment of women, prompting Republican Sens. Lisa Murkowski of Alaska and Susan Collins of Maine to tell Trump to “stop.”

“It’s not politically helpful,” Hicks told Trump, according to Woodward’s book “Fear” about the Trump White House. “You can’t just be a loose cannon on Twitter. You’re getting killed by a lot of this stuff. You’re shooting yourself in the foot. You’re making big mistakes.”

“They would draft some tweets that they believed Trump would like,” Woodward wrote. “If the president had an idea for a tweet, he would write it down or get one of them in and they would vet it. Was it factually accurate? Was it spelled correctly? Did it make sense? Did it serve his needs?”

Trump reportedly responded “I guess you’re right” several times. But the president ended up ignoring his aides’ proposed edits and “did what he wanted,” Woodward wrote.

Trump has already tweeted his low opinion of the book.

“The Woodward book is a Joke – just another assault against me, in a barrage of assaults, using now dis-proven unnamed and anonymous sources,” he tweeted Monday. “Many have already come forward to say the quotes by them, like the book, are fiction.”

More: Bob Woodward on Donald Trump and ‘Fear’: Is it time to feel afraid?