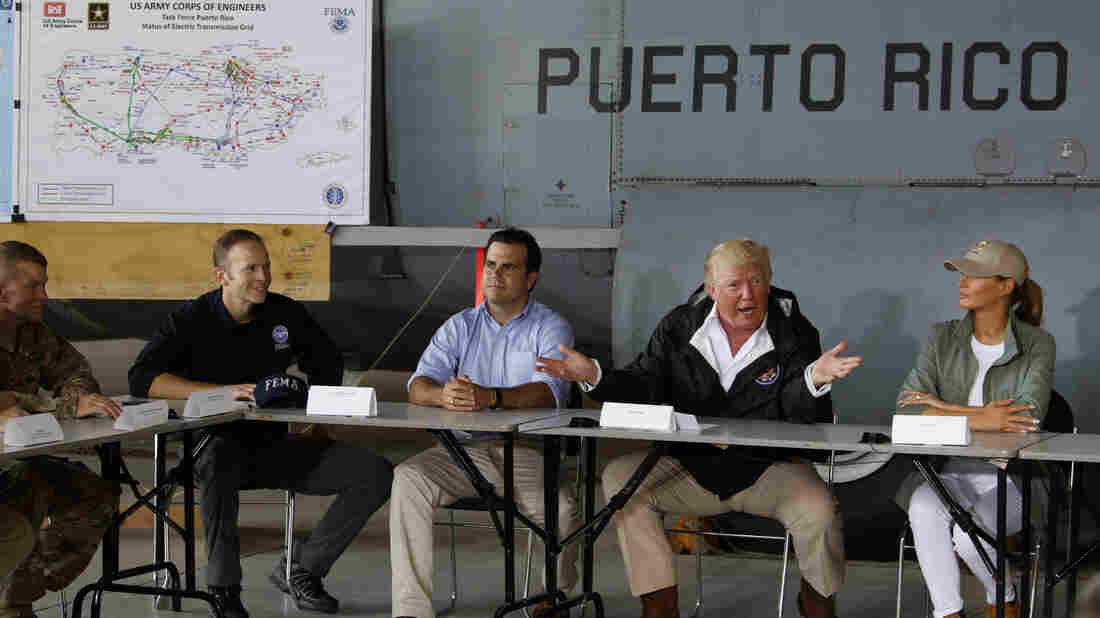 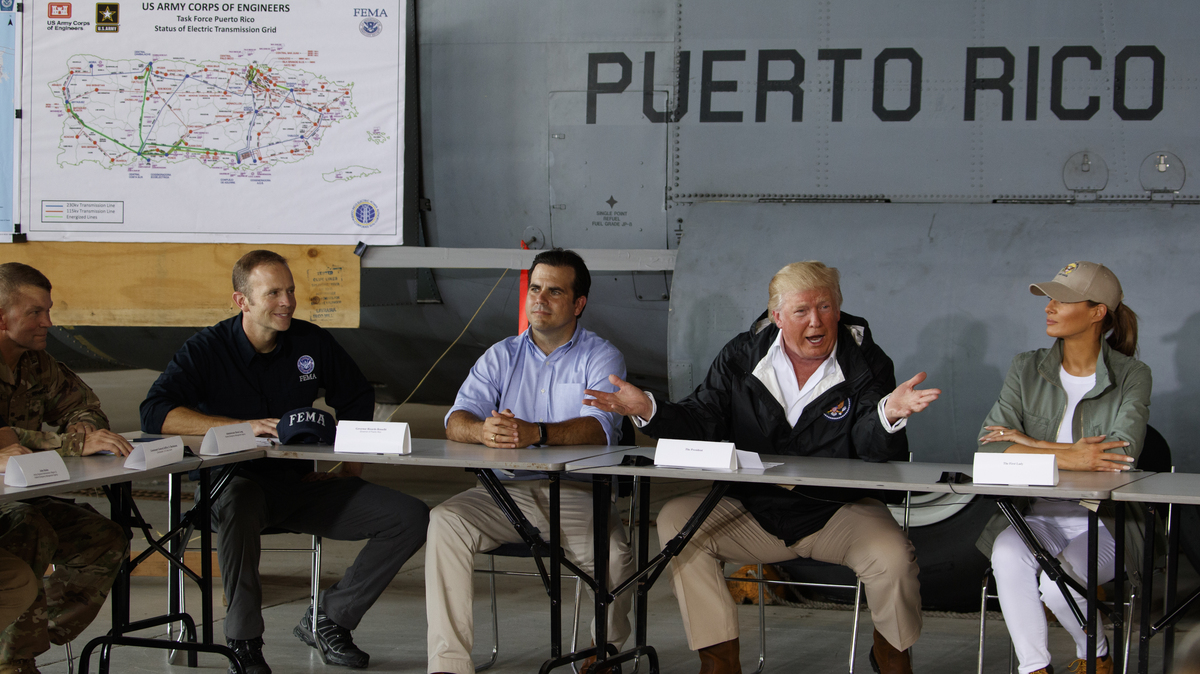 President Trump denied the death toll of nearly 3,000 from Hurricanes Maria and Irma, which swept across Puerto Rico a year ago, in a series of tweets Thursday morning.

“3000 people did not die in the two hurricanes that hit Puerto Rico,” he tweeted. “When I left the island, AFTER the storm had hit, they had anywhere from 6 to 18 deaths.”

3000 people did not die in the two hurricanes that hit Puerto Rico. When I left the Island, AFTER the storm had hit, they had anywhere from 6 to 18 deaths. As time went by it did not go up by much. Then, a long time later, they started to report really large numbers, like 3000…

Trump then blamed Democrats for the figures, “to make me look as bad as possible.”

…..This was done by the Democrats in order to make me look as bad as possible when I was successfully raising Billions of Dollars to help rebuild Puerto Rico. If a person died for any reason, like old age, just add them onto the list. Bad politics. I love Puerto Rico!

A study conducted by The Milken Institute School of Public Health at George Washington University, determined the death toll at 2,975, a figure accepted by Puerto Rico Governor Ricardo Rosselló, and far beyond the previous official count of 64.

FEMA administrator Brock Long wrote in a letter to Democratic Sen. Elizabeth Warren of Massachusetts that there have been 2,431 applications for funeral assistance from Puerto Rico, as of July 30. Just 75 have been approved by the Trump administration so far because of eligibility questions.

The president’s tweets came as the government prepares for Hurricane Florence’s impact on the Carolinas, and set off a storm of criticism in Twitter. Chef José Andrés, whose charity fed thousands on the island in the aftermath of the storm, said Trump is “the face of no shame.”

You are the face of”No shame”! That actually people died in the days, weeks and months after María, only shows how little you care. Those deaths happen on your watch. https://t.co/QZHghjUIlw

Another Trump critic, and a target of his tweets, San Juan Mayor Carmen Yulin Cruz tweeted, “Trump is so vain he thinks this is about him.”

Simply put: delusional, paranoid, and unhinged from any sense of reality. Trump is so vain he thinks this is about him. NO IT IS NOT. pic.twitter.com/K96H5O3NKM

Some Republicans also criticized the President’s tweet. Florida Gov. Rick Scott, who is running for the U.S. Senate in a state where many Puerto Ricans moved after the devastating hurricanes tweeted that he disagrees with the President, saying “an independent study said thousands were lost and Gov. Rosselló agreed. I’ve been to Puerto Rico 7 times & saw devastation firsthand. The loss of any life is tragic,” Scott continued, “the extent of lives lost as a result of Maria is heart wrenching.”

I disagree with @POTUS– an independent study said thousands were lost and Gov. Rosselló agreed. I’ve been to Puerto Rico 7 times & saw devastation firsthand. The loss of any life is tragic; the extent of lives lost as a result of Maria is heart wrenching. I’ll continue to help PR

The campaign of Rep. Ron DeSantis, a strong ally of Trump who is the GOP nominee for Florida governor, said in a statement, “He doesn’t believe any loss of life has been inflated.”

And House Speaker Paul Ryan, R-Wisc., said in response to a question, “I have no reason to dispute these numbers.” Ryan said the numbers were “a function of a devastating storm that hit an isolated island,” and added, “that’s no one’s fault.”

On Tuesday, Trump claimed his administration’s efforts in Puerto Rico were “an unsung success,” despite criticism that the federal response to the storms was slow. Some homes only had their power restored this month, a year after the hurricane.