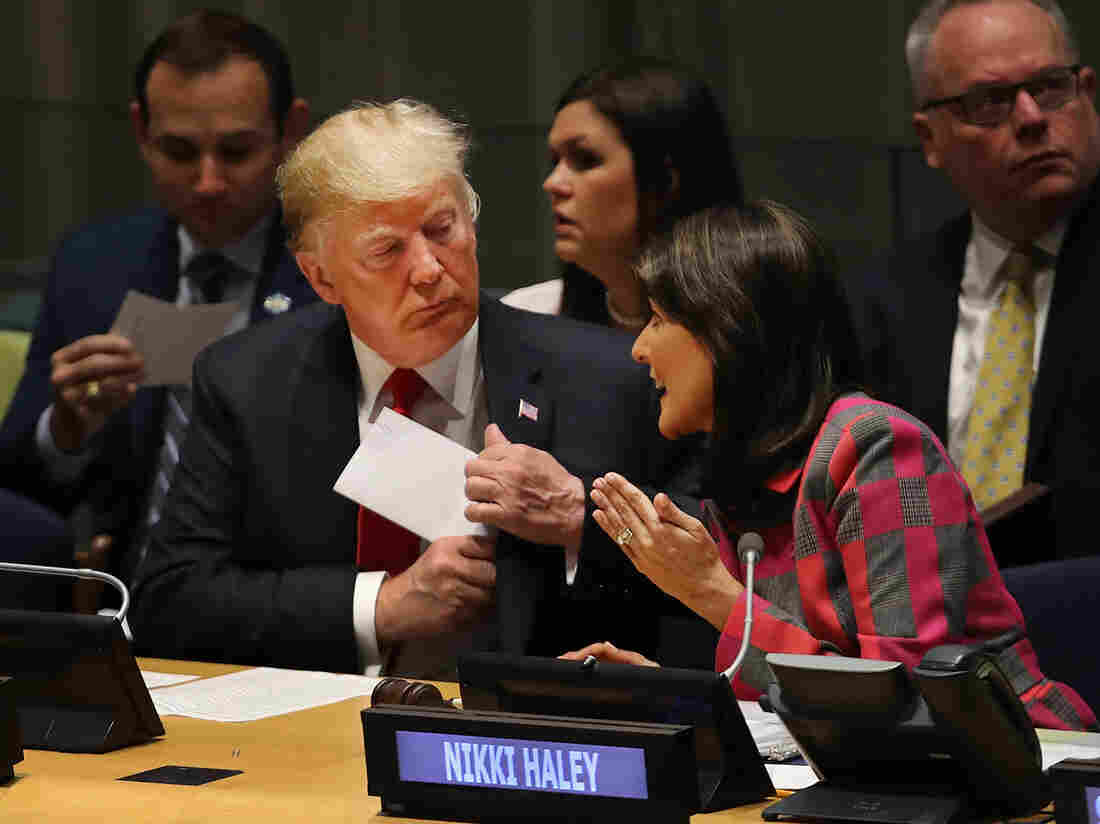 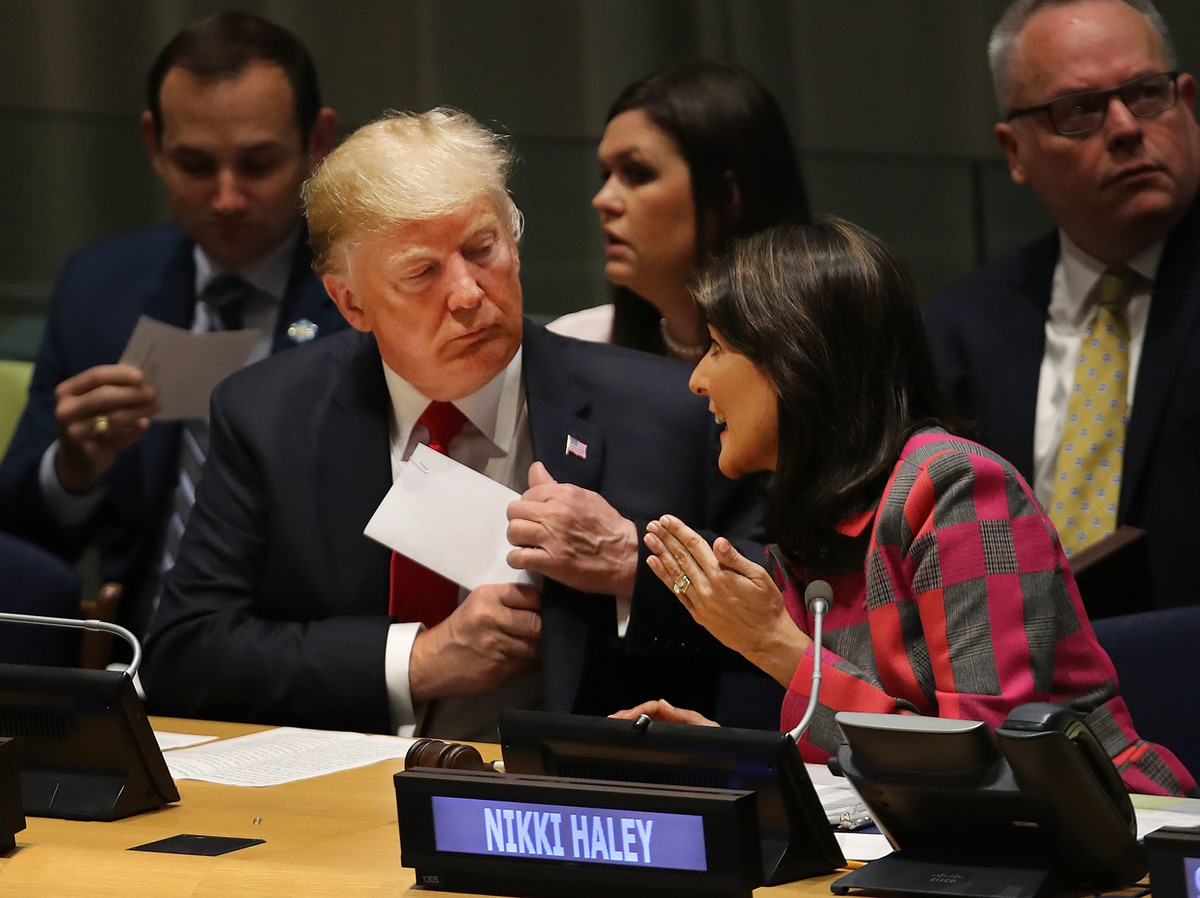 When President Trump delivers his speech to the United Nations General Assembly on Tuesday, one phrase is unlikely to show up: “rocket man.”

A lot has changed since Trump used that derisive nickname for North Korean leader Kim Jong Un during his address at the U.N. last year — remarks where he also said the United States would “totally destroy” North Korea if necessary.

Since those comments, tensions have eased between Trump and Kim, with the leaders now exchanging compliments after holding a historic face-to-face summit in June.

“Everybody interpreted his comments [last year] as the prelude to war. You could not have a more stark difference in tone,” said Brett Schaefer of the Heritage Foundation, a conservative think tank.

Part of Trump’s mission at the U.N. this year will be promoting his warmer ties with North Korea as a foreign policy success, while also calling on nations to keep up pressure on Pyongyang through sanctions.

Although temperatures have cooled, there is still a question of how far North Korea is willing to go on denuclearization. Trump canceled Secretary of State Mike Pompeo’s planned visit to North Korea in August, citing a “lack of progress” in dismantling the country’s nuclear program.

U.S. Ambassador to the U.N. Nikki Haley called out Russia earlier this month for allegedly helping North Korea skirt the international sanctions, a charge that Russia denied. Trump has also argued on multiple occasions that China is easing up on its enforcement of sanctions, as a form of retribution against the United States over trade disputes.

Trump told reporters at the U.N. on Monday that he hoped to have another meeting with North Korea’s Kim soon.

In a separate briefing on Monday, Pompeo said that he expects to travel to Pyongyang before the end of the year to help make arrangements for that meeting.

“The president remains resolute, now is not the time to ease pressure,” he said.

Pushing back on Iran

While Trump may hold off on any harsh words against North Korea, he will use his time at the General Assembly to push back against another potential nuclear threat: Iran.

“You can bet the president will have well deserved strong words for the Iranian regime, which is among the worse violators of U.N. Security Council resolutions, if not the absolute worst in the world,” Pompeo said.

He said Trump will call on all countries to join the U.S. in its efforts to isolate Iran.

When Trump spoke at the U.N. last year, the United States was still in the Iran nuclear deal negotiated by the Obama administration. Trump called the deal an “embarrassment.”

Trump pulled out of the agreement in May over the objections of European allies. Since then he has ratcheted up the rhetoric and reimposed sanctions against Iran.

In July, Trump tweeted a warning at Iranian President Hassan Rouhani. He said Iran would “suffer” like few other countries before if it continued to threaten the U.S.

The Trump administration has made clear that it will pressure Iran to prevent further development of its nuclear program, to stop its ballistic missile production and to end its support for malign activity in the Middle East.

“That is going to be a very strong message and perhaps the predominant message that nations will take away from the General Assembly speech,” Schaefer said.

Rouhani is also scheduled to deliver a speech at the U.N. later on Tuesday, where he will have the opportunity to rebut Trump’s remarks.

All of this could set the stage for a tense meeting of the U.N. Security Council meeting on Wednesday.

Trump will chair the meeting, which was initially supposed to be focused on Iran. The administration broadened the focus to denuclearization in general, but in a tweet about the meeting Friday, Trump only mentioned Iran.

It is unclear whether Rouhani will choose to attend the session, but it is possible.

The focus on Iran also puts the United States at odds with Security Council members France and the United Kingdom. Both countries lobbied unsuccessfully to keep the U.S. in the nuclear deal.

“If Trump makes Iran the centerpiece of his remarks, the Europeans will have to respond,” said Ilan Goldenberg, a senior fellow at the Center for a New American Security.

“They will be as polite as possible and avoid trying to agitate him … but they will say they disagree” with Trump about the Iran deal.

At odds with allies

It would not be the first time that Trump has clashed with U.S. allies this year. Trump was isolated and combative at the G-7 meeting in Canada in June and at the NATO meeting in Brussels in July.

Trump has not been as harsh in his rhetoric about the U.N., but he has raised some concerns about the international body.

“I’ve always said the United Nations has tremendous potential, but it has not lived up to that potential,” Trump said in a video previewing his trip.

The broad range of countries that attend the General Assembly may give Trump the chance to direct his ire mostly toward adversaries.