Trump: Dems will ‘end ethanol.’ History: They haven’t, they won’t. 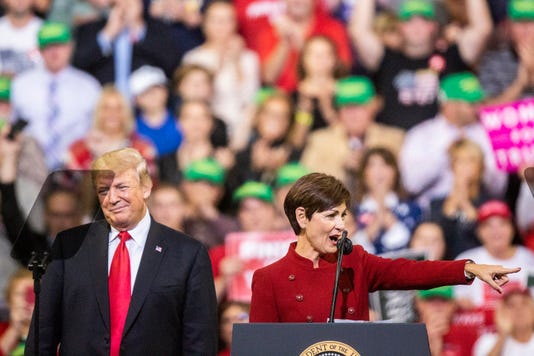 “The Dems will end ethanol; you know that — they’re not going to approve ethanol,” Trump said. “They will take it away.”

“You better get out there and vote for Republicans,” the president said in Iowa.

In Iowa, Democrats have been as supportive of the biofuel as Republicans. Some in both parties, nationally, have raised doubts about past ethanol subsidies and the long-term utility of the gasoline blend.

It’s something his group acknowledged in the association’s news release Tuesday, and it’s reflected in the group’s political action committee’s donations.

“We’re happy that we have bipartisan support for renewable fuels policy at the federal level,” Shaw said. “Our actions speak for themselves.”

“Today was a big day — something we’ve worked on for seven years,” Shaw said. “I’m going to go get a bottle of champagne. … The oil industry will come up with something else tomorrow, but today was a big step.”