Republican Gov. Scott Walker will have to defeat Wisconsin’s top education official to win a third term, while U.S. House Candidate Bryan Steil is seeking to replace retiring House Speaker, Paul Ryan, for whom he served as an aide. (Aug. 15)
AP 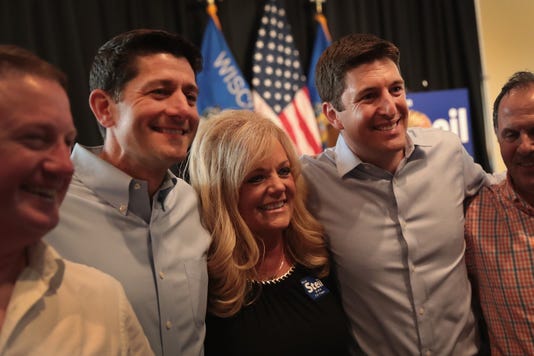 WASHINGTON – Paul Ryan wants to hold onto the House if it’s the last thing he does.

The retiring House speaker will hit the trail Monday for an aggressive final stretch of campaigning in an attempt to bolster more than two dozen vulnerable Republicans and keep the House before he retires.

Ryan’s travel plan, shared exclusively with USA TODAY, has the speaker visiting a dozen states over the next three weeks. Ryan’s campaign tour will zigzag from New York to Kansas to North Carolina, including stops in between. He’ll end the campaign cycle back home in Wisconsin with a bus tour touting GOP candidates up and down the ballot.

House Republicans are defending dozens of seats across the country, including in some districts Donald Trump won by double digits. Democrats need to pick up 23 seats to wrest the House majority from Republicans.

Ryan’s tour across the eastern part of the country – he visited other regions earlier in the cycle – will take him to stump for some unlikely candidates, including multiple members of the House Freedom Caucus.

The ultra-conservative group has been a thorn in Ryan’s side during his tenure, often threatening to sink legislation members said was not conservative enough. Ryan will spend some of his precious final days as speaker trying to make sure Reps. Dave Brat of Virginia, Rod Blum of Iowa and Ted Budd of North Carolina make it into the next Congress. 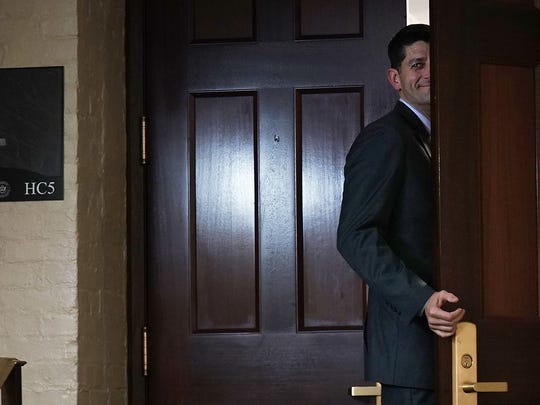 Speaker of the House Rep. Paul Ryan, R-Wis., returns to the room after a short break during a House Republican closed-door meeting on immigration June 21, 2018, at the U.S. Capitol in Washington, D.C. (Photo: Alex Wong, Getty Images)

“The speaker knows that every Republican he is joining on the trail during this final sprint would offer better ideas than their Democrat opponents,” he said.

Ryan will appear at various campaign events, including fundraisers, rallies and business tours, depending on the district. The majority of candidates he will campaign for are members of the House, but Ryan will help out a handful of Republicans hoping to fill open red seats.

Ryan’s team said these candidates were chosen because they are in competitive races and the speaker has not visited their district. By the end of the cycle, Ryan will have campaigned for more than 55 candidates.

Some of the members on Ryan’s list have been all but counted out by race handicappers, but Ryan’s team said the speaker wouldn’t waste his time if the races weren’t winnable. 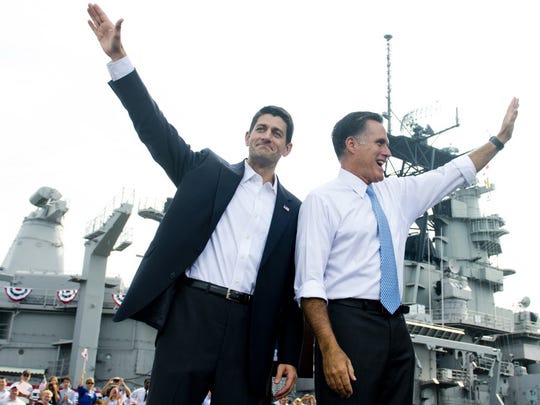 “I think he’s very effective on the trail. You have to remember that Paul Ryan has a lot of campaign experience from being on the ticket with Romney,” said Rory Cooper, a Republican strategist who worked for former majority leader Eric Cantor. Ryan was Mitt Romney’s running mate in 2012.

Some Republicans worried – while Democrats hoped – that Ryan’s early retirement announcement in April would turn off donors months before the midterms. That has not been the case. Ryan has continued to draw in cash for his party, raising more than $70 million as of the most recent filing. Much of that haul went to the Republicans’ House campaign arm or to members directly.

More: Gender wars: Women were driving the midterms for Democrats. Can a backlash boost the GOP?

President Trump has been a powerful motivator for conservatives, but in many battleground districts, the Republican candidate also must win over moderate Republicans and independents, groups not as convinced by the bombastic president. Ryan – who has a thoughtful, polished manner – could help more than a visit from the president in some of the most competitive races.

“There are very few places in the country where if you are a Republican, you’re not excited to see Paul Ryan,” said Michael Steel, a Republican strategist who worked for Ryan in 2012 and was an aide to House Speaker John Boehner, R-Ohio.

There are some districts where a visit from Trump “would not be a net positive,” Steel said, but Ryan has a general appeal to most Republicans.

Ryan may not elicit strong anger from Republicans, but some conservatives have lingering reservations about the speaker after his frequent criticism of Trump during the 2016 campaign. Republicans will need a strong showing from base voters in addition to moderates and independents to win these seats, and it’s not clear whether Ryan will be able to get them excited enough to show up to the polls.

Ryan was elected speaker in 2015 when Republicans were in the majority, and it would burnish his legacy if they stayed there.

The largest legislative accomplishment under Ryan’s watch was an overhaul of the tax code last December. Polling shows the tax bill failed to boost Republicans the way they hoped it would, even though many people saw more money in their paychecks. 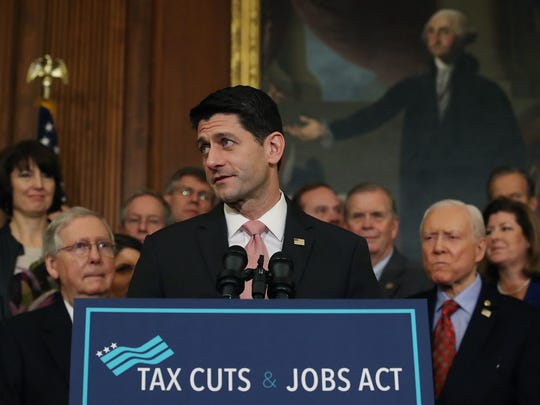 A Gallup poll released this month said that nearly a year after the tax cuts passed, 39 percent of Americans approve of the overhaul, and 46 percent disapprove.

Ryan is tagged with the GOP’s failed attempt to repeal the Affordable Care Act. The House passed the legislation in May 2017, but the Senate was unable to get it over the finish line that July. Democrats seized on the issue this cycle, pledging to fix the flaws in Obamacare while targeting Republican attempts to take coverage away.

“Most Republicans in Congress are trying to run away from the agenda of the last two years, so bringing its author to their district is only going to remind voters of what they tried to do,” said Jesse Ferguson, a Democratic strategist who worked for the House Democrats’ campaign arm.

“It’s like Republicans looking to the captain of the Titanic to be your navigator. Given how intensely voters reject the health care repeal, I can’t imagine many Republicans wanting to pal around with him,” Ferguson said.

David Barker, director of the Center for Congressional and Presidential Studies at American University, said both sides are spinning the visits to fit their narrative. If it boosts Republicans, it will just be “marginally,” Barker said, adding that the tour’s itinerary could boil down to relationships.

“There may be that element that they’re buddies or whatever, and these folks are humans and they do favors for each other. Even if it  turns out to make not that big of a difference, there’s a perception that it does, and it can’t hurt, right?” Barker said.

“If he wants to maintain connections and friends and networks, then doing things like this for as many people as he can keeps his options open if he needs any of these folks for anything down the road,” Barker said.

After 20 years in Congress, Ryan announced in April that 2018 would be his last year as speaker. He said he didn’t want his teenagers to know him as a “weekend dad.” 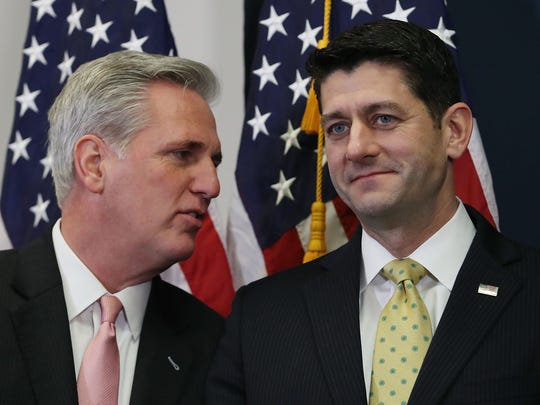 Ryan endorsed Majority Leader Kevin McCarthy, R-Calif., to take his place as speaker if Republicans keep control of the House, but McCarthy doesn’t have a lock on the job.

Republicans should enjoy Ryan’s fundraising help while they can. Addressing an event at the National Press Club in Washington last week, Ryan said he didn’t plan on “doing much” fundraising after he leaves office.

“It was never really my thing, to be honest with you. I was more of a policy guy,” he said.

One thing Ryan didn’t rule out: someday getting back into politics.

Candidates Paul Ryan will campaign for: