Beto O’Rourke Goes On The Attack Against Ted Cruz : NPR

Texas Democratic Senate candidate Beto O’Rourke, seen campaigning in Houston this month, has launched his first attack ads on Republican Sen. Ted Cruz as he tries to regain traction in the last weeks of the campaign. 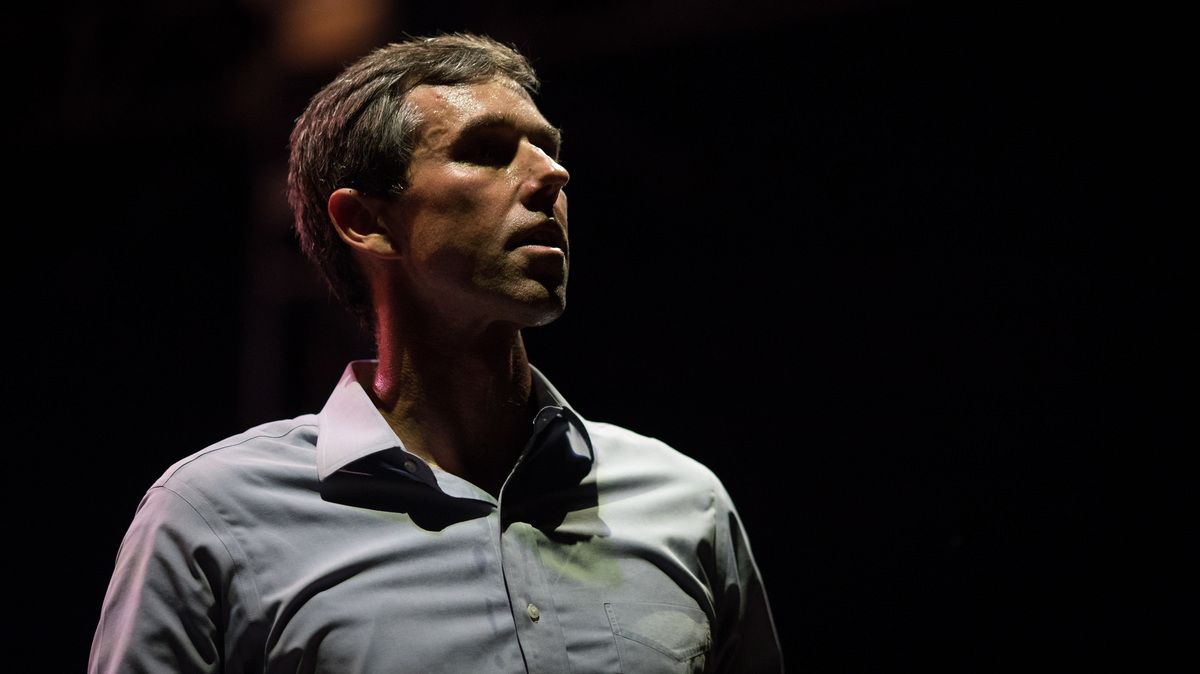 Texas Democratic Senate candidate Beto O’Rourke, seen campaigning in Houston this month, has launched his first attack ads on Republican Sen. Ted Cruz as he tries to regain traction in the last weeks of the campaign.

Straight out of the GOP playbook, Cruz’s ads have tried to paint his opponent as a radical, left-wing extremist.

In one attack ad, which eventually seemed to backfire, Cruz’s campaign misleadingly edited videotape to make it appear as though O’Rourke had said he supported flag burning, which he did not say. O’Rourke said he supported Americans’ right to protest anytime, anywhere, including NFL players on Sundays, launching that and other ads from Cruz.

Until now, O’Rourke has declined to participate in negative campaigning. But with polls showing Cruz with anywhere from a 6- to 9-point lead, the congressman relented and has gone on the attack.

O’Rourke’s latest ads, released Wednesday, attack Cruz as being heartless and obstructionist on immigration reform, targeting DREAMers for deportation and sowing fear instead of the seeds of compromise.

In their debate in San Antonio on Tuesday, this trend continued.

Cruz painted O’Rourke as a dangerous extremist: “If you work in energy, if you work in oil and gas, Congressman O’Rourke’s record on this is extreme. He didn’t just vote for a $10-a-barrel tax on oil. He’s also voted for aggressive regulations of fracking.”

Unlike in their first debate, O’Rourke hit back: “This is what you can expect over the course of this debate. Sen. Cruz is not going to be honest with you. He’s going to make up positions and votes that I’ve never held or have ever taken. He’s dishonest. It’s why the president called him ‘Lying Ted,’ and it’s why the nickname stuck, because it’s true.”

Although Cruz would force a laugh when O’Rourke attacked him, his face revealed his true emotions; the senator didn’t like it. 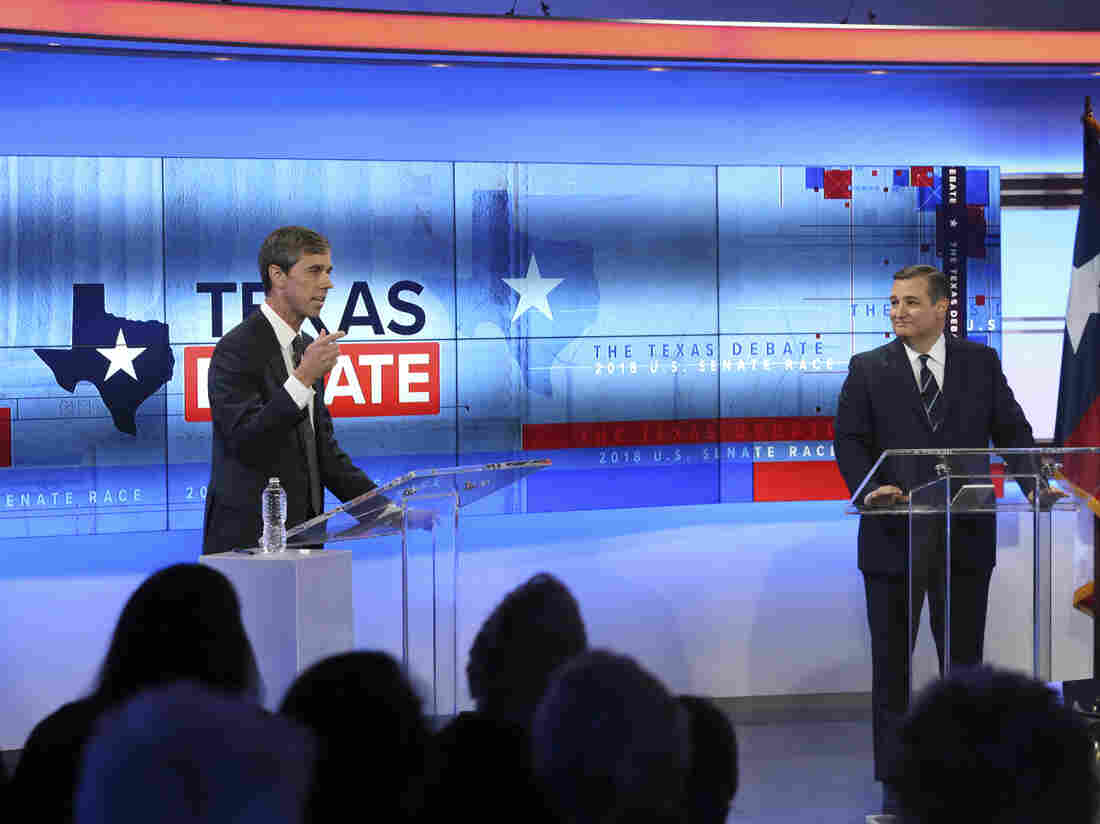 O’Rourke and Cruz debate in San Antonio on Tuesday. O’Rourke responded to attacks from Cruz in kind, embracing negative campaigning in the final weeks of the campaign. 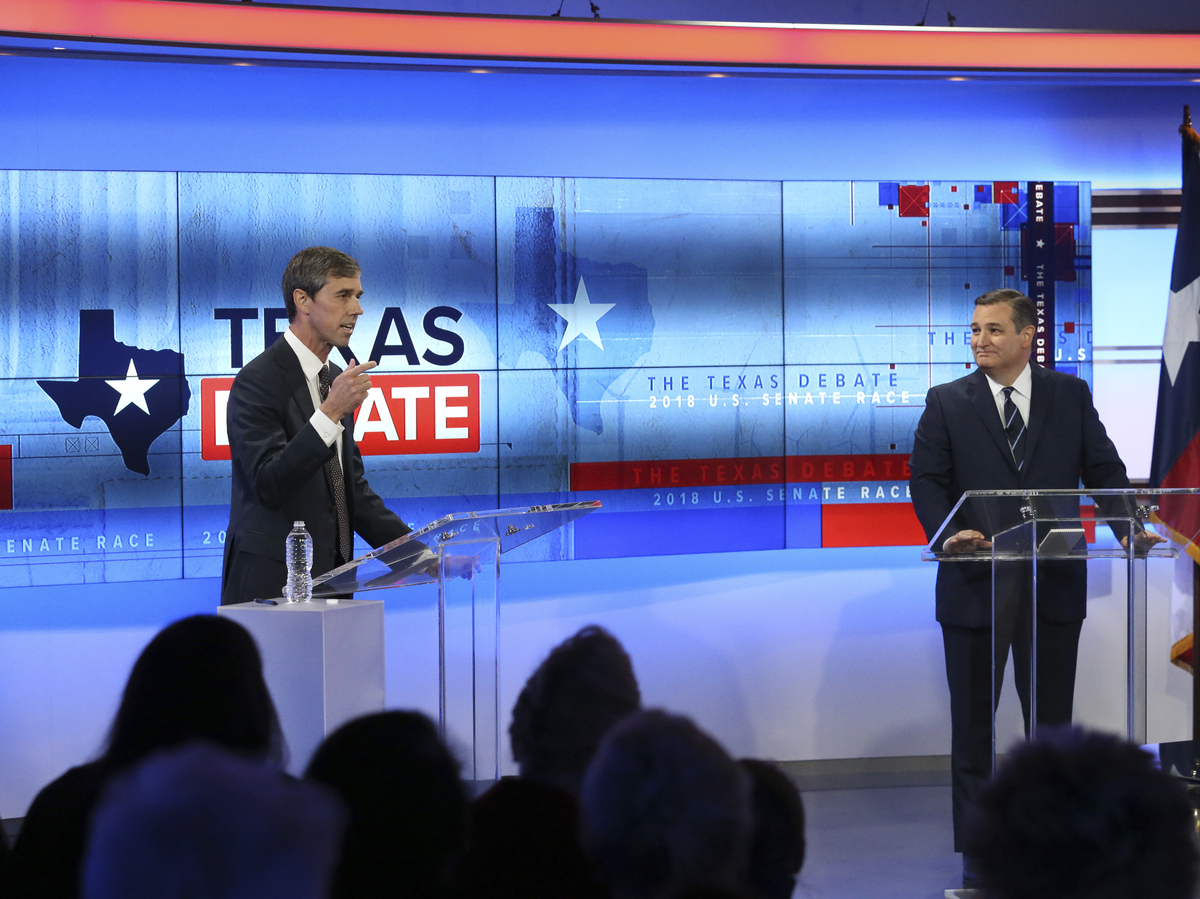 O’Rourke and Cruz debate in San Antonio on Tuesday. O’Rourke responded to attacks from Cruz in kind, embracing negative campaigning in the final weeks of the campaign.

But the debate in San Antonio was more than just battle. It was substantive, too. Cruz has the numbers on his side; there are hundreds of thousands more Republican voters in Texas than Democrats. As a result, Cruz spoke mostly to his base.

“The state of Texas is booming,” Cruz said “We’ve got right now the lowest unemployment in 49 years. Texas is seeing the benefits of low taxes and low regulations, and Congressman O’Rourke’s position is always, always, always in favor of higher taxes.”

If Cruz generally played to Republican fears of what would happen if Democrats gained any power, O’Rourke tended to speak to voters’ better angels.

“Whether we will remain the inspiration of the world is an open question right now,” O’Rourke said. “Walls, Muslim bans, the press as the enemy of the people, taking kids away from their parents after they’ve survived a horrifying 2,000-mile journey seeking asylum here in this country. The bitterness, the partisanship, the pettiness, the dishonesty that defined so much of the national conversation. We are in desperate need right now of inspiration.”

Although O’Rourke is running way ahead of other Texas statewide Democrats, close still gets you no cigar, says Cal Jillson, political science professor at Southern Methodist University.

“I think that a very good Democratic candidate running against a flawed Republican candidate has a chance to break through,” said Jillson. “That’s why O’Rourke came up so strong on Cruz. Cruz is an acquired taste. People respect him as a conservative fighter. They don’t necessarily like him. They gave O’Rourke a look.”

Jillson throws caution on the idea that Texas is about to turn blue: “Democrats have to recognize that competitiveness is a decade or two decades out. It’s not two years, it’s not four years, it’s longer than that because demographic change is very slow.”