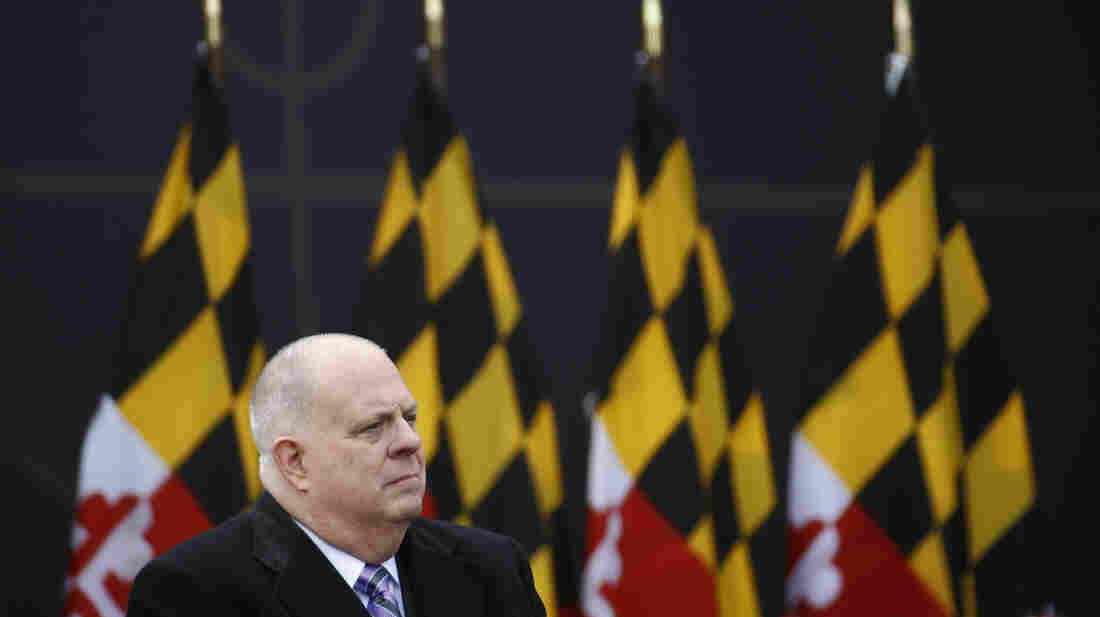 Maryland Gov. Larry Hogan is a well-liked Republican governor in a heavily Democratic state. Observers are looking for clues as to whether he’d challenge President Trump in 2020. 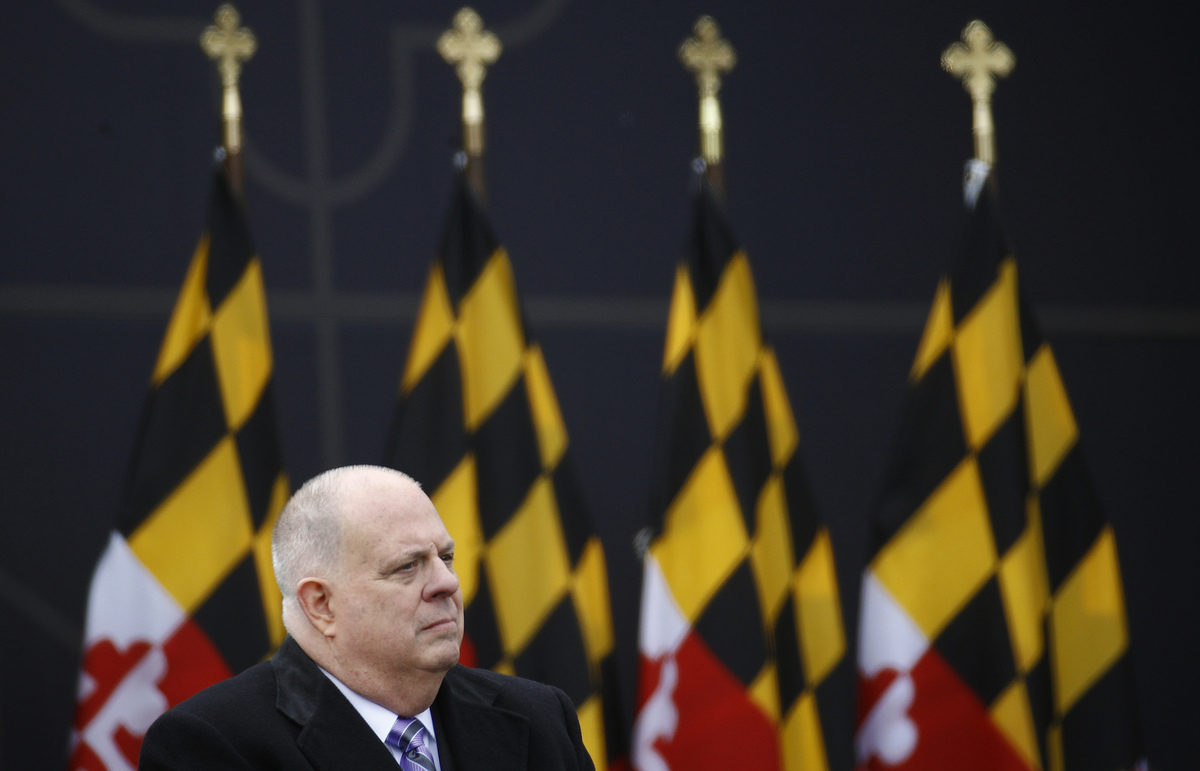 Maryland Gov. Larry Hogan is a well-liked Republican governor in a heavily Democratic state. Observers are looking for clues as to whether he’d challenge President Trump in 2020.

When you are a Republican governor with sky-high approval ratings in a deep-blue state like Maryland, you get noticed.

For Larry Hogan, that means some in the Republican Party are starting to ask a straightforward question with a complicated answer: Should Maryland’s popular executive challenge President Trump in the 2020 primary?

Who is Larry Hogan?

Last November, Hogan became the first Republican governor to win re-election in Maryland in more than 50 years. Before entering politics, the 62-year-old spent two decades in the private sector as a businessman.

Unlike most elected Republicans, Hogan has spoken out against Trump. That’s especially true during the recent partial government shutdown, which had a significant impact on Maryland due to its large federal workforce.

When Hogan toured Baltimore-Washington International Airport in January to highlight the plight of TSA workers, he pointedly went after Trump, who many blamed for the shutdown.

“It’s crazy. It’s like, ‘If I don’t get my wall, I’m going to shut down the government.’ ‘If we don’t open the government, you can’t speak in our chamber.’ It’s a bunch of 2-year-olds, you know?” Hogan said, making fun of Trump and House Speaker Nancy Pelosi, D-Calif.

Speaking to reporters at the airport, Hogan offered a solution to D.C.’s dysfunction: Look to Maryland, where Republicans and Democrats are still able to work together.

“People just want them to do their jobs. And that’s what we try to do,” said Hogan. “We’re like 30 miles down the road, Annapolis to Washington. Read the Metro section [of the newspaper]. Watch what we’re doing.”

“A different vision of the Republican Party”

Hogan didn’t embrace the national spotlight during his first term.

That’s changed since winning re-election. Hogan has said he wants to be part of the national conversation about how to move the GOP forward.

And it’s appearances like the one at the airport — and his comments against Trump — that have some Republican insiders in Washington publicly urging Hogan to run for president.

Jerry Taylor, head of the libertarian-leaning think tank Niskanen Center, might be the biggest cheerleader for a Hogan primary challenge. Taylor’s spoken with Hogan several times, urging him to think about running for “higher office.”

Taylor even gave the Maryland governor a book about the history of New Hampshire, a not-so-subtle nod to one of the first primary battles in the path to the Republican nomination.

Hogan represents a “different vision of the Republican Party,” according to Taylor. And he thinks Hogan would be very popular among voters in both parties.

“Most people are not ideologically extreme,” says Taylor. “They want competence. They want a government that cares about them. They don’t want corruption. And Gov. Hogan has been able to deliver on all these matters as governor.”

“A fool’s errand” to challenge Trump

But knocking off an incumbent president in the primaries — even an unpopular president — is exceedingly difficult. The last time a sitting president lost his party’s re-nomination battle was 1856.

“I don’t think it’s very realistic to expect that Larry Hogan is going to challenge President Trump in the GOP primaries in 2020,” said Melissa Deckman, a political science professor at Washington College in Maryland. “Trump remains enormously popular with the base of his party. And I think that it would in some respects be a fool’s errand for just about anyone to challenge Donald Trump at this point.”

Hogan’s problem, as Deckman explains, is that what makes him so popular as governor — his moderate, centrist approach to governing — won’t do him any favors in the early primary states like Iowa or South Carolina.

“You have very conservative, religiously minded voters who are quite happy with Donald Trump’s record on religious liberty issues for example,” Deckman said. “And that’s not something that Larry Hogan has really embraced per se. In fact, Hogan’s done the opposite in Maryland. He has said social issues, for example, are off the table while I’m governor.”

At Hogan’s inauguration, hints of a presidential bid?

Hogan — for his part — hasn’t closed the door on a potential 2020 run. But in a recent interview on CNN, he played down the idea. “I would only run if I thought that I could actually win,” Hogan said.

Hogan says he’s “flattered” by the attention, but right now his focus is on Maryland, where he was just sworn in for a second term.

And yet, at his second inauguration earlier this month, there were signs that — just maybe — Hogan has more than Maryland on his mind.

Hogan invited Jeb Bush — the former GOP governor of Florida and well-known Trump critic — to introduce him. He also hired Mark Salter, a former speechwriter for the late Sen. John McCain, R-Ariz., and a vocal detractor of Trump, to help craft his address.

While Hogan’s address didn’t mention Trump by name, the governor railed against the “debilitating politics of Washington.”

Maybe, most notably, Hogan included this tidbit about his father, former Maryland Rep. Lawrence Hogan Sr., who famously became the first Republican in Congress to call for Richard Nixon’s impeachment.

“He put aside partisanship and answer the demands of his conscious to do what he thought was the right thing for the nation that he loved,” Hogan said, before adding, “No man, not even the president of the United States, is above the law.”

Hogan’s expected to visit the early caucus state of Iowa in March.

Four years ago, no one would’ve expected Maryland’s little-known governor to one day be talked about as presidential candidate.

But Trump’s challenges — an apparent ceiling in his job approval numbers in polling, looming concerns about the outcome of special counsel Robert Mueller’s investigation, continuing questions about his business empire and possible conflicts of interests — may have created space for a Republican challenger.