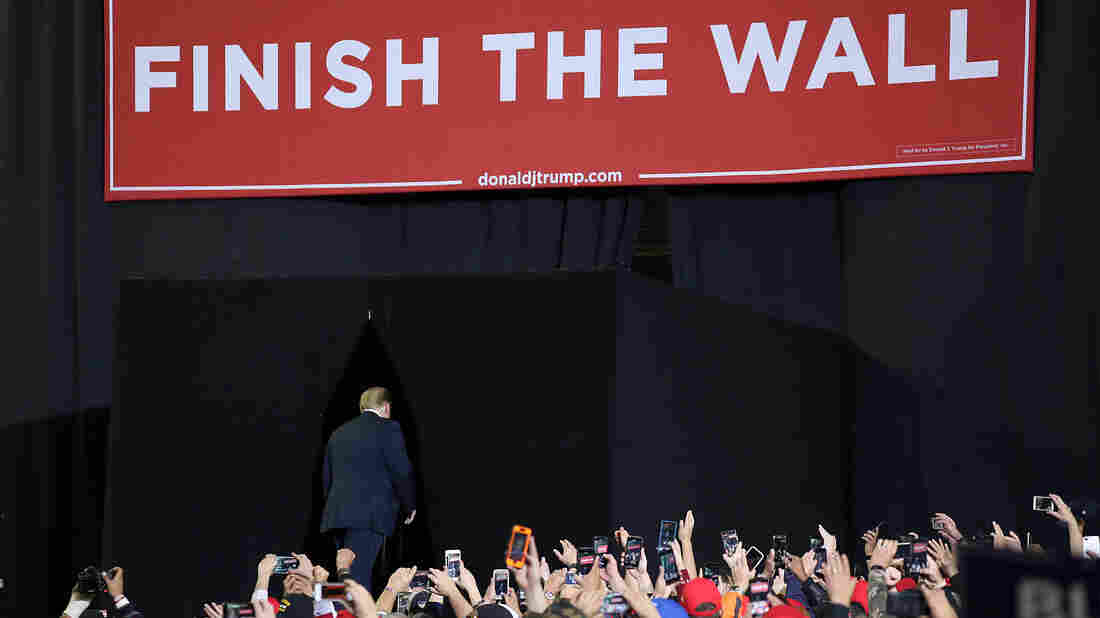 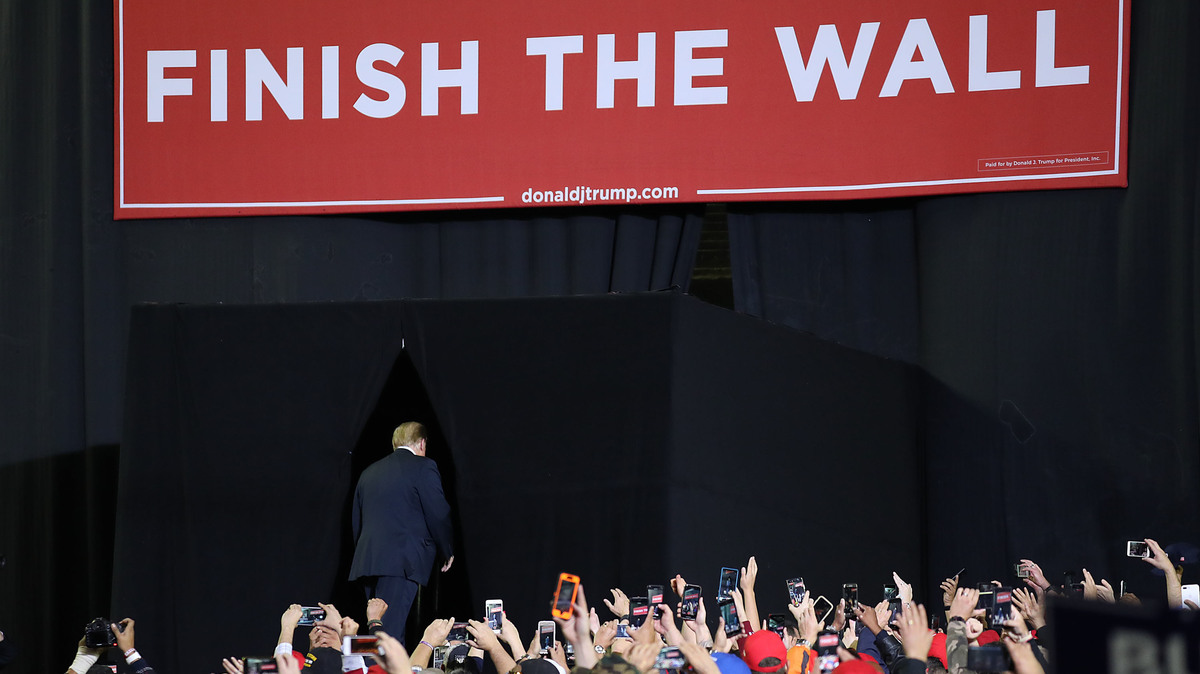 President Trump is expected to declare a national emergency Friday in order to help finance a long-promised wall on the U.S.-Mexico border. It’s a highly unusual move from an unconventional president.

Trump’s effort to augment a border barrier funding compromise crafted by Congress in order to still get the wall that he’s long promised his supporters is also a risky gambit. Legal challenges and pushback from even some within his own party await Trump in the next phase of the ongoing national political battle over border security and immigration policy — cementing the issues at the forefront of his bid for a second term in office.

Centrist Sen. Susan Collins, R-Maine, who’s up for re-election in 2020, called Trump’s planned move a “mistake” in a statement Thursday. Collins also argued that the National Emergencies Act, which Trump is likely to invoke, was only “intended to apply to major natural disasters or catastrophic events, such as the attacks on our country.”

“Such a declaration would undermine the role of Congress and the appropriations process; it’s just not good policy. It also sets a bad precedent for future Presidents—both Democratic and Republican—who might seek to use this same maneuver to circumvent Congress to advance their policy goals. It is also of dubious constitutionality, and it will almost certainly be challenged in the courts,” Collins said.

Republican Sen. John Cornyn represents Texas, which includes the border region that Trump has claimed is being overrun with drugs and undocumented immigrants, necessitating a drastic response. Cornyn expressed reservations about the president’s decision.

“My concerns about an emergency declaration were the precedent it would establish,” he said. “I also thought it would not be a practical solution because there would be a lawsuit filed immediately and the money would presumably be balled up associated with that litigation. I thought there were other, better alternatives.”

But to Trump, declaring a national emergency likely seems to be the only way he can claim victory after weeks of back-and-forth over funding for border security.

The bipartisan spending bill and border security compromise legislators presented him with would have given him only $1.375 billion for border barriers — roughly the same amount of money for a wall along the U.S.-Mexico border as was given to him back in December, before a record 35-day partial government shutdown, and far short of the $5.7 billion that had remained his sticking point throughout negotiations that have lasted weeks.

Another shutdown would have been risky, too, and there wasn’t much appetite for going that route again among congressional Republicans. 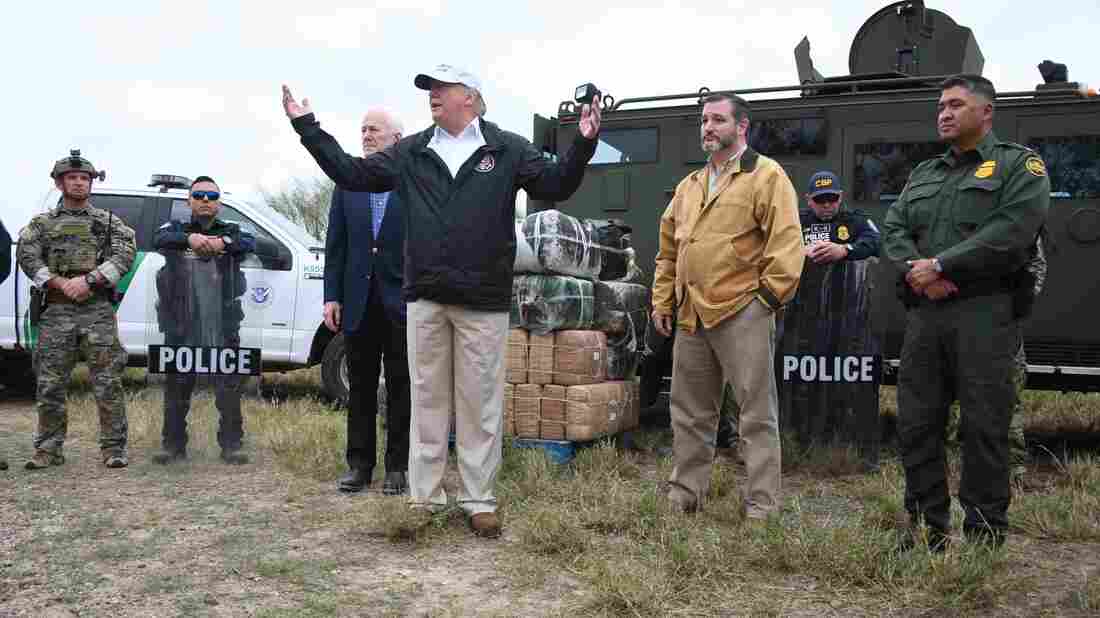 President Trump speaks after he received a briefing on border security next to Sen. John Cornyn (left), R-Texas, and Sen. Ted Cruz (second from right), R-Texas, near the Rio Grande in McAllen, Texas, on Jan. 10. 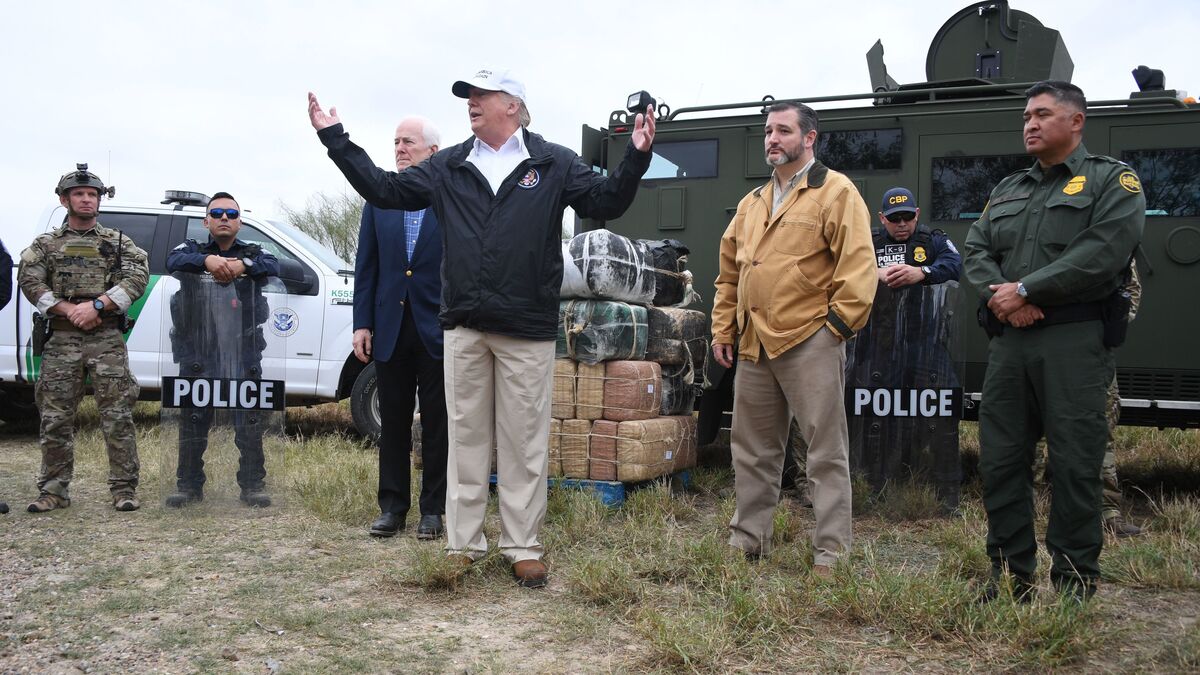 President Trump speaks after he received a briefing on border security next to Sen. John Cornyn (left), R-Texas, and Sen. Ted Cruz (second from right), R-Texas, near the Rio Grande in McAllen, Texas, on Jan. 10.

But there’s little support among the public for Trump’s approach either. A CNN poll earlier this month showed Americans oppose — by more than 2-to-1 — Trump using a national emergency declaration to build a border wall.

That seems to be one of the messages Democratic leaders will home in on during what’s likely to be a new phase in the standoff over border security. In a joint statement Thursday, House Speaker Nancy Pelosi, D-Calif., and Senate Minority Leader Chuck Schumer, D-N.Y., blasted the anticipated declaration as “yet another demonstration of President Trump’s naked contempt for the rule of law.”

“This is not an emergency, and the president’s fearmongering doesn’t make it one,” the two top Democrats said. “He couldn’t convince Mexico, the American people or their elected representatives to pay for his ineffective and expensive wall, so now he’s trying an end-run around Congress in a desperate attempt to put taxpayers on the hook for it. The Congress will defend our constitutional authorities.”

Giving the Democrats’ Spanish-language response to Trump’s State of the Union earlier this month, California Attorney General Xavier Becerra said he would sue the administration if Trump declared a national emergency to find funds for a border wall.

In a statement Thursday, Becerra doubled down on his earlier commitment. “Any crisis on our border is of President Trump’s own making: family separations, child detention, turning our backs on asylum seekers, and more. There is no national emergency. If Trump oversteps his authority and abandons negotiations with Congress by declaring a fabricated national emergency, we won’t only call his bluff, we will do what we must to hold him accountable,” Becerra said. “No one is above the law.”