Federal Officials Back Off Plan For Releasing Migrants In Florida : NPR

Migrants seeking asylum in the United States receive breakfast from a group of volunteers near the international bridge in Matamoros, Mexico. 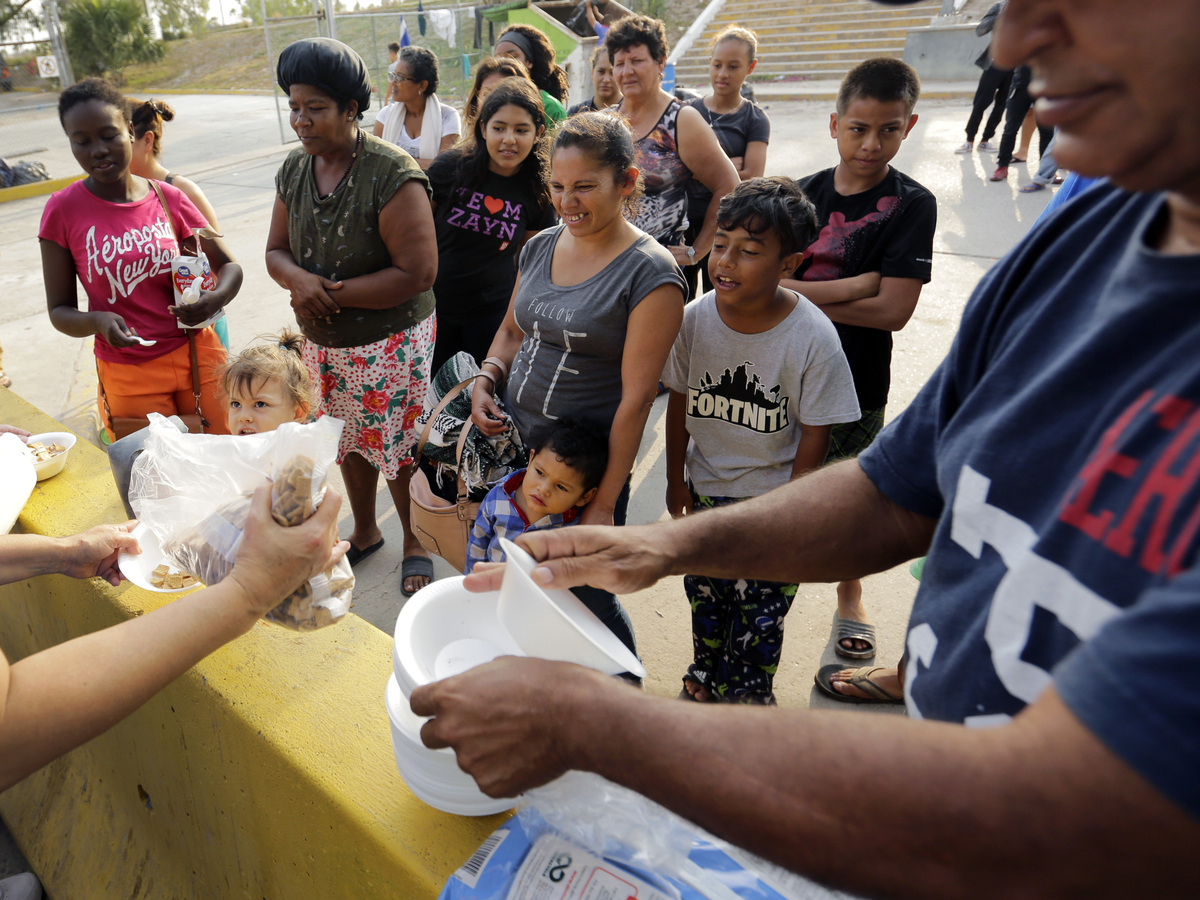 Migrants seeking asylum in the United States receive breakfast from a group of volunteers near the international bridge in Matamoros, Mexico.

Officials at Customs and Border Protection say they have no immediate plans to transport hundreds of detained asylum-seeking migrants to two counties in southern Florida.

The news of plans to send migrants detained at the southern border to Broward and Palm Beach counties first surfaced on Thursday. Local officials said they were told by federal immigration authorities to expect as many as 500 migrants in each county every month.

Blindsided by the news, Florida officials, Republican and Democrat alike, said their state was ill-prepared for such an influx.

“We cannot accommodate in Florida the dumping of unlawful migrants into our state,” Governor Ron DeSantis said during a press conference Friday. “I think it will tax our resources, our schools, the healthcare, law enforcement, state agencies.”

DeSantis, a Republican, and strong supporter of President Trump, said he would take his concerns to the White House.

There was little word about the plan from the administration until late Friday.

A CBP official, speaking on the condition of anonymity, told NPR that the agency is not “transporting any family units to Florida at this time,” however it is looking at possibly housing and processing migrants at other U.S. Border Patrol sectors across the nation.

The official said that the Border Patrol is apprehending an average of 4,500 people every day and that number exceeds the agency’s capacity to process the migrants. Currently, the agency is using planes provided by Immigration and Customs Enforcement (ICE) to transfer migrant families from the Rio Grande Valley to facilities in Del Rio, Texas and San Diego, California. Officials are also busing migrants from the Rio Grande Valley and Yuma, Arizona to other sectors along the border.

The news of the administration’s plans to release hundreds of migrants each month in Broward and Palm Beach counties in Florida sent local officials scrambling to figure how to house and feed potentially thousands of migrants.

“Hundreds of immigrants will be arriving in Broward County on a weekly basis without designated shelters or funding to house them, feed them, and keep them safe,” county officials said in a statement posted online Thursday.

Broward Mayor Mark Bogen told NPR’s All Things Considered that he learned of the plan through local law enforcement authorities who were informed by the Border Patrol without any other notice from the federal government.

“This is really an inhumane act that the president is doing. It’s irresponsible policy, said Bogen. “To just bring people to a county with no plan, no money, no resources, what he’s going to create is a homeless encampment.”

When news of the plan was first reported Thursday, Democratic Rep. Ted Deutch, whose district includes portions of both counties, said in a statement that there was “a stunning amount of confusion surrounding the administration’s immigration policy.”

“While I’m compelled to point to the president’s mean-spirited, ongoing effort to demonize immigrants and divide our country rather than seriously addressing this issue, I hesitate saying more about these reports because no one in the administration seems to know what is happening,” he added.

President Trump has said that he was considering releasing asylum-seeking migrants in localities known as “sanctuary cities” to punish Democrats who oppose his hard-line immigration policies. Sanctuary cities are jurisdictions where local law enforcement officials limit their cooperation with federal immigration authorities. Officials in Broward and Palm Beach counties say the sanctuary label does not apply to them.

The lack of information from the administration had left even its supporters in the dark.

“Unlawful arrivals are overwhelming our system,” Republican Sen. Marco Rubio tweeted, saying he had heard about the plan from the Palm Beach sheriff that as many as 500 migrants a month would be released in Broward and Palm Beach, pending their asylum hearings.

In a follow-up tweet, Rubio said he has written a letter to acting Secretary of Homeland Security Kevin McAleenan asking for details about the reported release plan.

Palm Beach County Sheriff Ric Bradshaw said he was notified of the plan by the Miami-based office of the U.S. Border Patrol, The Associated Press reports.

Mayor Bogen said typically word about policy changes filters from the federal government through the state government and down to local governments. “Nobody was informed by the Trump administration about any of this,” said Bogen