Japan’s Prime Minister Shinzo Abe waves to well-wishers on his departure from Tokyo’s Haneda Airport on Wednesday for a two-day visit to Iran. 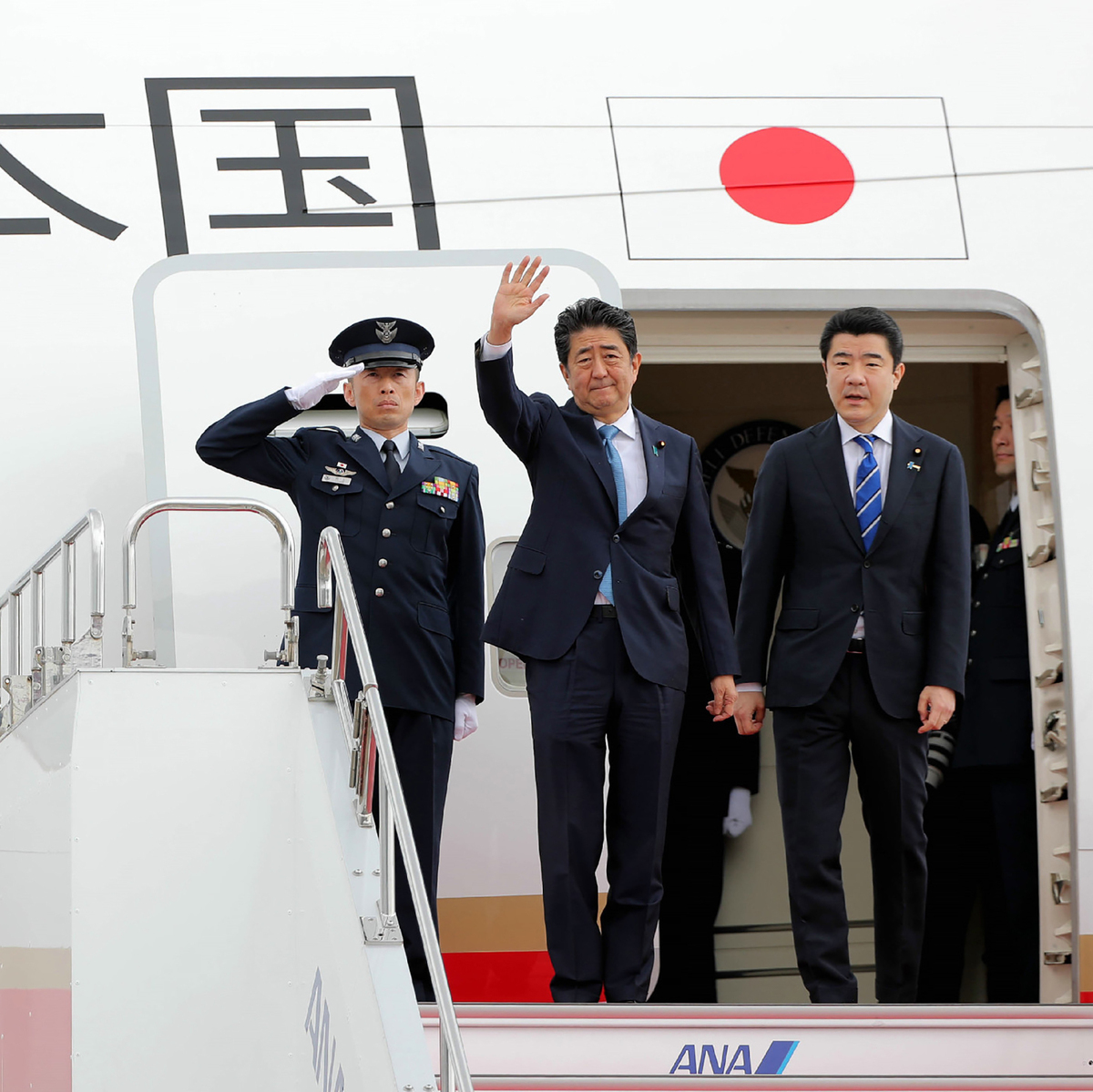 Japan’s Prime Minister Shinzo Abe waves to well-wishers on his departure from Tokyo’s Haneda Airport on Wednesday for a two-day visit to Iran.

Japan’s Prime Minister Shinzo Abe is set to arrive in Iran on Wednesday to begin a historic trip to the Middle Eastern country where he is expected to try to mediate escalating tensions between Washington and Tehran.

Abe’s two-day visit is the first to Iran for a Japanese premier since Takeo Fukuda in 1978.

Speaking at Tokyo’s Haneda Airport just before departing, Abe acknowledged “rising tensions” in the Middle East and said, “Japan wants to do as much as possible towards peace and stability in the region.”

At a news conference in Tokyo, Japan’s Chief Secretary Yoshihide Suga said Abe had spoken by telephone for about 20 minutes on Tuesday with President Trump and that the two leaders had “exchanged views on regional issues, including the situation in Iran.”

Relations between the U.S. and Iran have been particularly strained since Washington withdrew from the 2015 nuclear accord, known as the Joint Comprehensive Plan of Action (JCPOA), re-imposed sanctions on Tehran and dispatched an aircraft carrier strike group and B-52 bombers to the region.

Although specifics of Tuesday’s conversation between Abe and Trump were not made public, The Japan Times reports that “Abe is likely to have reiterated his intention of encouraging Iran, with which Japan has traditionally maintained friendly relations, to engage in dialogue.”

In a joint news conference with President Trump in Tokyo last month, Abe pledged to do whatever he could to mediate.

Japan had relied heavily on Iranian oil, but has cut imports to comply with U.S. sanctions.

Reuters, quoting unnamed Iranian officials, said Iran plans to ask Abe to mediate with the U.S. to ease those sanctions.

Although Tokyo and Tehran have long enjoyed close relations, Tokyo’s strong ties with the U.S. have raised concern among conservatives in Iran.

In a reference to the U.S. atomic bombs dropped on Japan during World War II, one hard line newspaper in Iran, Farheekhtegan, or Educated, published a photo of a mushroom cloud with the headline “How Can You Trust a War Criminal, Mr. Abe?”