FBI Investigating Why U.S. Tourists Have Died Suddenly In The Dominican Republic : NPR

Punta Cana in the Dominican Republic is a popular vacation spot among American tourists. Federal investigators are now probing why a spate of people have died suddenly over the past year while visiting the island country. 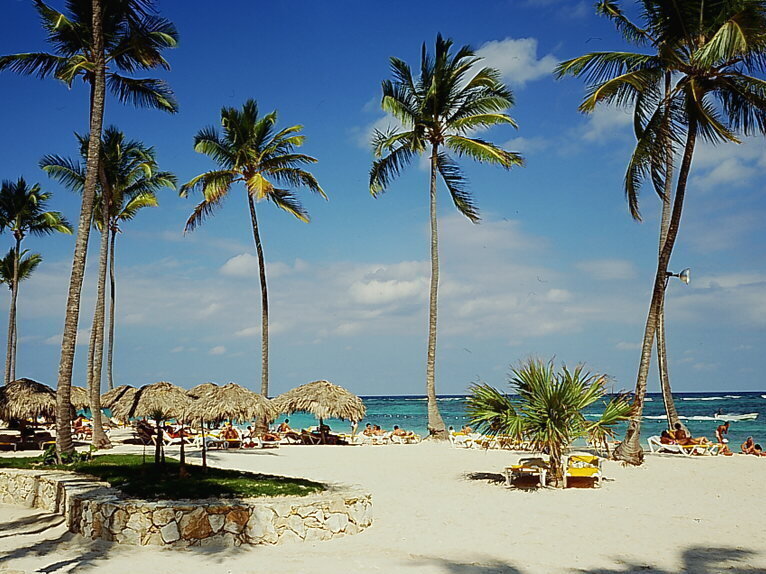 Punta Cana in the Dominican Republic is a popular vacation spot among American tourists. Federal investigators are now probing why a spate of people have died suddenly over the past year while visiting the island country.

The FBI is now helping local authorities in the Dominican Republic examine the mysterious deaths of three Americans who were staying at resorts in the island country, an FBI official has confirmed to NPR.

Since news of the deaths has spread, relatives of four additional Americans who died there over the past year have raised concerns.

Although there are similarities in the rash of deaths — most are described as happening suddenly, and several after an alcoholic drink — federal officials have not determined whether there is any connection between any of the deaths.

Relatives of the those who have died are demanding answers, just as tourism officials in the country are calling the incidents unrelated and isolated.

Robin Bernstein, the U.S. ambassador to the Dominican Republic, said the FBI is now conducting toxicology analyses, a process that could take up to a month to complete.

“The safety and security of U.S. citizens that live in, work in, and visit the Dominican Republic remains our highest priority,” Bernstein said. “These incidents are tragic and we offer our deepest condolences to those personally impacted.”

Miranda Schaup-Werner, 41, of Pennsylvania, died suddenly on May 25 after checking into a resort with her husband to celebrate their wedding anniversary. Her lungs became filled with fluid, which led to respiratory failure, not long after consuming a drink from a minibar in the couple’s hotel room, according to authorities in the Dominican Republic.

Just five days later at a resort owned by the same company, a Maryland couple, Nathaniel Edward Holmes, 63, and Cynthia Ann Day, 49, were discovered dead in their resort hotel room of the same cause, investigators said.

Both establishments are owned by Bahia Principe Hotels & Resorts, which issued a statement saying that its employees followed all of its security protocols.

“To date, there are no indications of any correlation between these two unfortunate incidents,” according to the hotel’s statement.

Since then, family members of other Americans who have died under similar circumstances over the past year have gone public.

Yvette Monique Sport, 51, of Pennsylvania, died last June at a Bahia Principe hotel after she drank a beverage from the hotel’s minibar, her family told NBC10.

David Harrison, 45, of Maryland, died last July at the Hard Rock Hotel and Casino while visiting the Caribbean country, and The Washington Post reported that autopsy results show that Harrison’s cause of death was a heart attack.

Another American died after drinking at the same Hard Rock Resort, his family told CBS. He was in the Dominican Republic vacationing, according to his obituary, which said he died “unexpectedly.”

On Wednesday, Barbara Corcoran, real estate investor and judge on the TV show Shark Tank, said her brother John was also found dead in his hotel room of an apparent heart attack while vacationing in the Dominican Republic.

Bernstein, the U.S. ambassador, said federal officials are aware of the other families who have voiced concern about loved ones abruptly dying while on vacation in the island country.

“At this time, we have no indication of any connection between those tragic losses and the cases currently under investigation,” Bernstein said.

More than 6 million people visit the Dominican Republic every year, according to the country’s tourism officials. Nearly half of the millions who visit come from the United States.

The Dominican Republic’s minister of tourism, Francisco Javier García, cautioned against speculating over the cause of deaths for the Americans who have recently died.

“We are confident that we can provide a definitive answer as soon as possible,” said García. “You can also be sure that the necessary measures will be taken to make the country even safer for all visitors.”