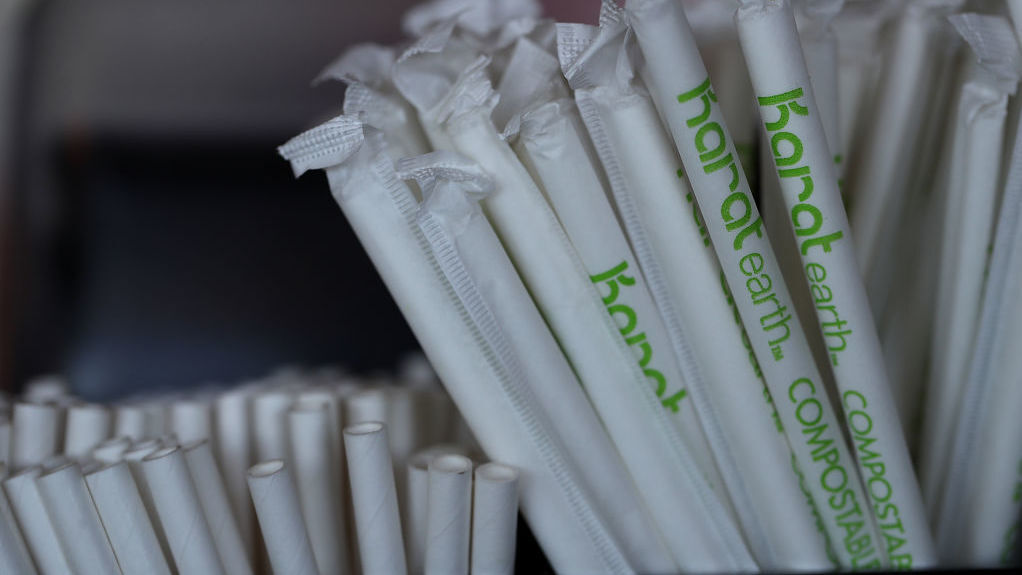 His reelection campaign is now selling reusable and recycled straws in their 2020 online store, and Trump campaign manager Brad Parscale blasted out the slurping non-soggy alternative in an email titled “Make Straws Great Again,” a play on the president’s famed slogan.

“I’m so over paper straws, and I’m sure you are too. Much like most liberal ideas, paper straws don’t work and they fall apart instantly. That’s why we just launched our latest product – Official Trump Straws,” Parscale wrote late Friday. “Now you can finally be free from liberal paper straws that fall apart within minutes and ruin your drink.”

Journalist Yashar Ali appears to have been the first to notice the new merchandise in Trump’s campaign store. A pack of 10, which are red and emblazoned with “TRUMP” in silver, is available for $15. However, they currently take almost two weeks for shipping.

I thought it was a joke, but it’s true…the Trump campaign is selling plastic straws.

Parscale had registered his frustrations with the newest eco-friendly fad earlier this week on Twitter.

And earlier on Friday, Trump himself weighed in on the issue during a gaggle with reporters, saying “I do think we have bigger problems than plastic straws, arguing that plates and wrappers are also made of plastic but aren’t receiving as much attention or disdain.

“Everybody focuses on the straws. There’s a lot of other things to focus [on],” he said.

Many environmental groups have been pushing for alternatives to plastic disposable straws, which gained traction in the wake of a video showing a sea turtle with a plastic straw stuck up its nose. However, the paper alternatives many restaurants have begun using often quickly become mushy and unusable as the liquid permeates them. There are other non-paper, non-plastic alternatives which are slowly gaining steam, including hay straws, bamboo straws, reusable metal straws, glass straws, or encouraging patrons not to use straws, as Starbucks has with new lids.

This is hardly the first time Trump has tried transform such an issue into a partisan wedge, and has especially taken glee time and time again in mocking environmental initiatives, such as the Green New Deal, or has cast doubt on the reality of climate change. And it could also be his way of trying to distract from yet another rough week politically in the wake of his racist attacks on four Democratic freshmen congresswomen of color.

The scourge of paper straws, however, isn’t just a conservative issue, as Trump’s campaign wants to frame it. Earlier this week, Sacha Haworth of the liberal opposition research group American Bridge tweeted her own frustrations with paper straws.

paper straws are terrible. i want my milkshake to taste like milkshake and not disintegrated newspaper. @ me, i’m ready

(Full disclosure: This journalist, and many others, have also often tweeted about plastic straw grievances).

This also isn’t the first time that efforts to make disposable dinnerware greener have been used as a political cudgel. After Democrats flipped the House in 2006, House Speaker Nancy Pelosi pushed to phase out styrofoam in the Capitol cafeterias, bringing in “corn-based, compostable dishes and utensils,” according to The Hill. But when Republicans won back the House in 2010, they brought back the non-recyclable styrofoam.