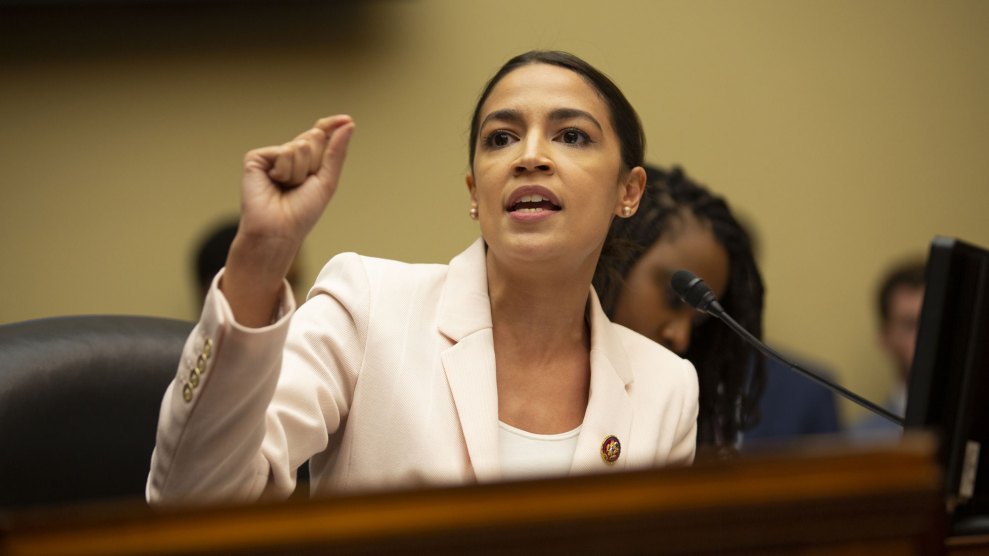 After a week of racist taunts from the president of the United States, Rep. Alexandria Ocasio-Cortez (D-N.Y.) fired back on Saturday, telling a town hall in her Queens district that Donald Trump’s  policies were rooted in “ethnicity and racism,” and pledging that she and her freshman colleagues in the US House are “not going anywhere.”

Rep. @AOC: “This president’s policies are not about immigration, it’s about ethnicity and racism… Where are we going to go? We’re going to stay right here, that’s where we’re going to go. We’re not going anywhere.” pic.twitter.com/FFYG7p345I

Responding to Trump’s statement that she and Reps. Rashida Tlaib (D-Mich.), Ilhan Omar (D-Minn.) and Ayanna Pressley (D-Mass.) “go back and help fix the totally broken and crime infested places from which they came,” Ocasio-Cortez started her community forum off with a joke: “They sent me back to Queens, and I’m happy to be here,” she said.

On Wednesday, Trump supporters at a North Carolina campaign rally chanted “send her back” when the president referenced Omar. The congresswoman was greeted with cheers from constituents when she arrived at the Minneapolis airport the next night.

Per CNN, Ocasio-Cortez told the room in Queens on Saturday that Trump’s “biggest mistake was that he said the quiet part aloud.” She doesn’t intend to let anyone forget it.