President Trump shakes hands with Boris Johnson during the U.N. General Assembly in 2017. The United Kingdom and the United States are about to be led by two remarkably similar figures. 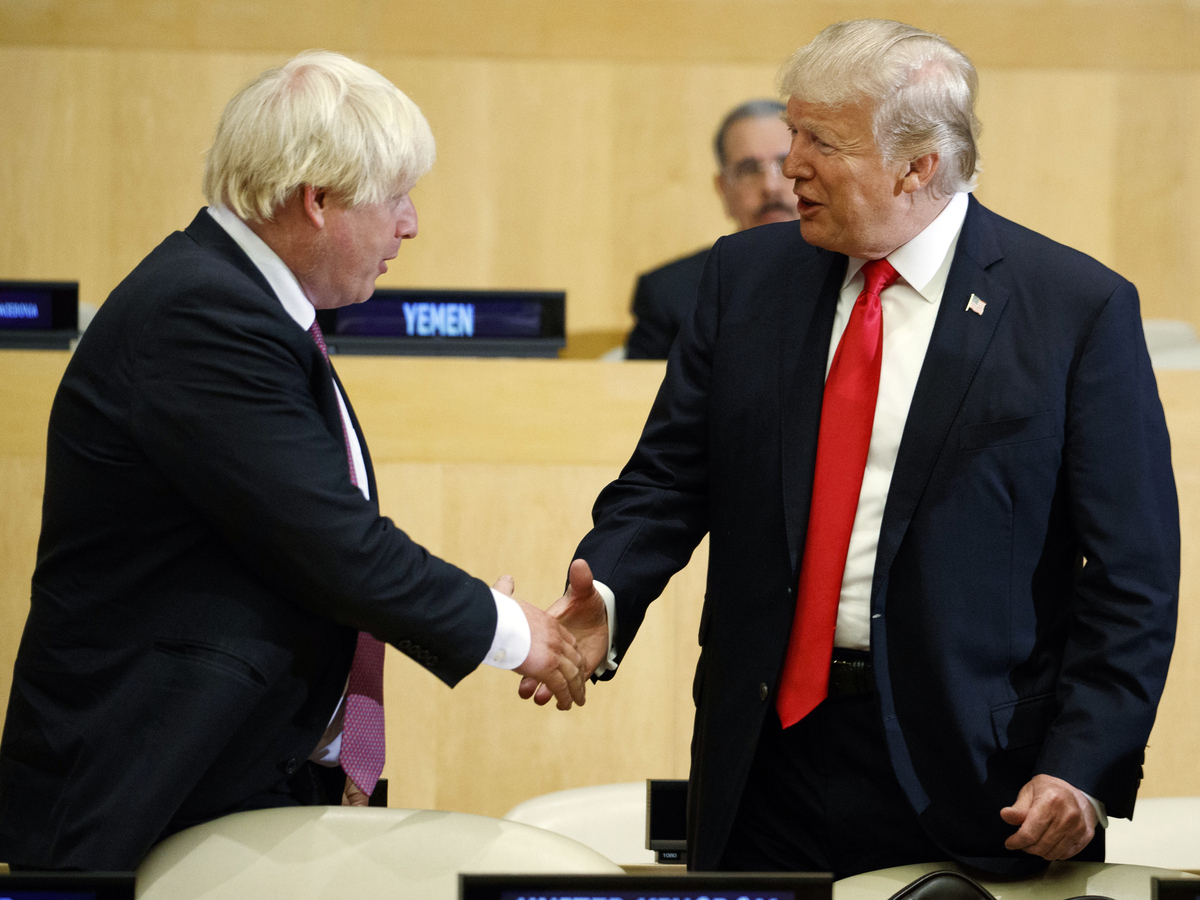 President Trump shakes hands with Boris Johnson during the U.N. General Assembly in 2017. The United Kingdom and the United States are about to be led by two remarkably similar figures.

At a time of polarization and political chaos, the United Kingdom and the United States are about to be led by two remarkably similar figures. On Tuesday, Britain’s ruling Conservative Party elected Boris Johnson as their leader by an overwhelming margin, sending him to No. 10 Downing Street. He will take office on Wednesday.

Like President Trump, Johnson is a larger-than-life populist who has made controlling immigration and restoring his nation’s standing in the world key issues in recent years. (Unlike President Trump, he is given to speaking in Latin, making ancient historical allusions and has written a biography of Winston Churchill).

Johnson has been accused of extramarital affairs, and has a reputation for playing fast and loose with the facts.

Last week, President Trump predicted Johnson would “do a great job” and they would get along well. 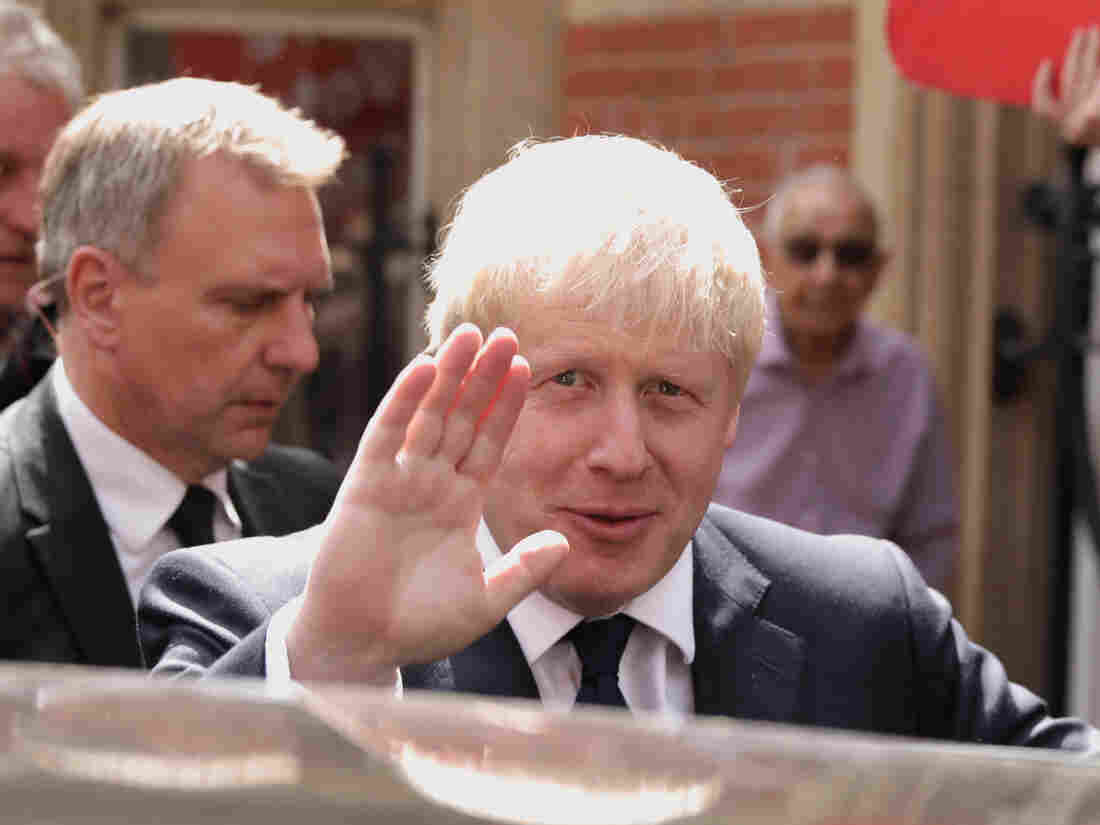 Boris Johnson leaves his office on Monday in London. The results of the leadership campaign will be announced on Tuesday. 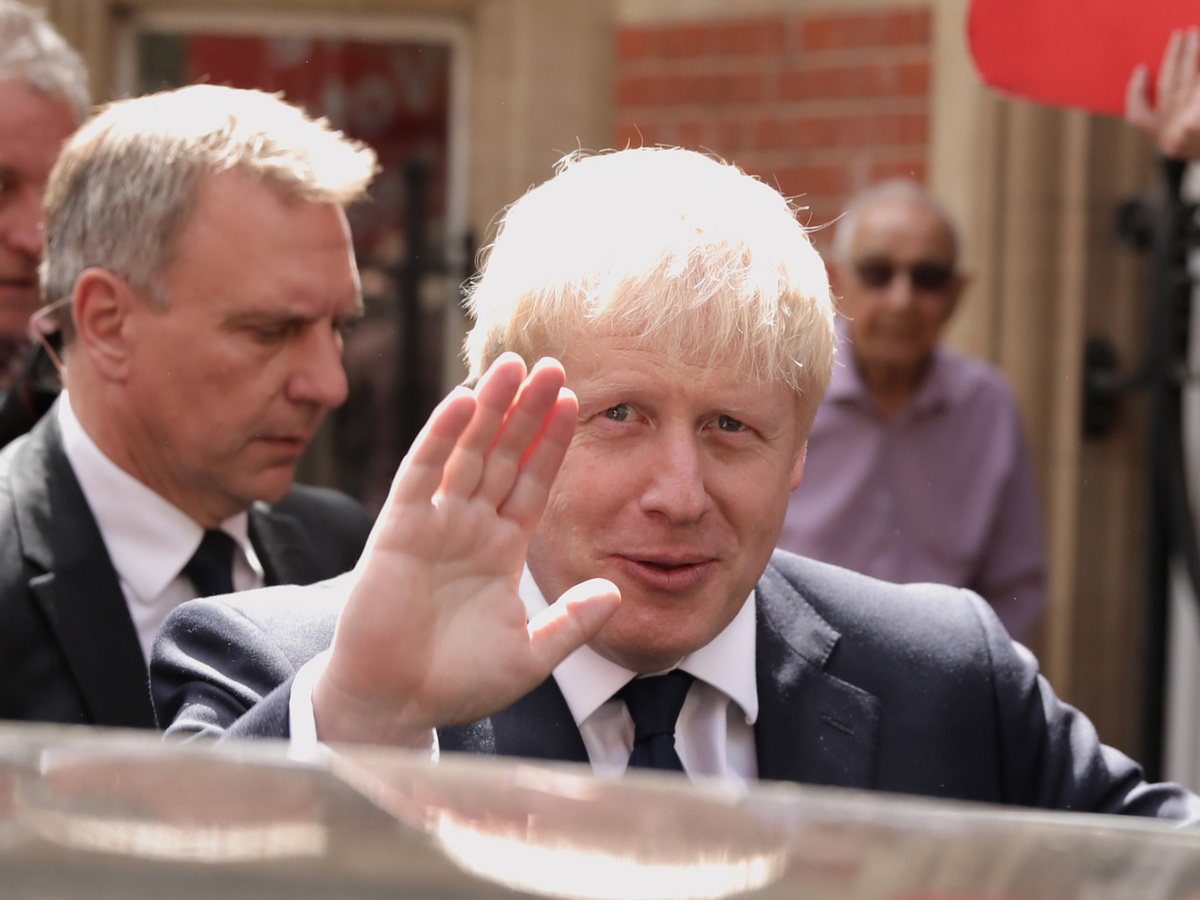 Boris Johnson leaves his office on Monday in London. The results of the leadership campaign will be announced on Tuesday.

How these men have come to lead their countries says a lot about the political forces roiling much of the West in recent years. By 2016, the U.S. and the U.K. were poised for political earthquakes. Key groups of voters in both countries were frustrated with establishment politics, suffering from the negative effects of globalization and worried that foreigners would change their communities.

In Britain, Boris Johnson helped lead the Brexit campaign, vowing to take back control of the country’s borders by leaving the European Union, the political and economic union that allows people and goods to move freely among all 28 member states. The Brexit campaign suggested that Turkey would join the European Union and become a back door for Syrian refugees to enter the United Kingdom.

“That’s scare-mongering, Boris, and you should be ashamed,” said London Mayor Sadiq Khan in a debate days before the referendum.

Like Trump, Johnson has also emphasized his unease with the changing face of his homeland, using language that plays well with much of his white base but angers minorities and urban liberals. For instance, in his column in The Daily Telegraph, Johnson wrote in 2017 that women in burqas look like mailboxes or bank robbers.

Paul Whiteley, a professor of government at the University of Essex, says Johnson’s message was clear: “The ‘other,’ in very broad terms, is a threat,” Whiteley says.

That message is able to resonate in parts of England, Whiteley says, because immigration from Eastern Europe has affected public services, creating long waits for healthcare and overcrowded classrooms with students who don’t have a strong command of English.

“There is a fear in poor communities that the few jobs they have will be taken away by immigrants, but also a cultural change into something that’s unrecognizable and alien,” Whiteley said.

Both Johnson and Trump have pledged to return their countries to a mythical, better age. Trump speaks fondly of what he calls the “old days,” when Detroit ruled the auto industry, when most people said “Merry Christmas” at the holidays and — as Trump recalls it — people could just beat up protesters at a political rally.

Many Brexiteers see the good old days as the era of World War II, when the U.K. stood up to the Nazis, or even earlier — the age of the British Empire. Johnson describes Brexit as an opportunity for the United Kingdom to forge an independent future, unshackled from the European Union.

“I think Winston Churchill was absolutely right when he said that the empires of the future would be empires of the mind,” Johnson said in a 2016 speech. “In expressing our values abroad, I believe that global Britain is a soft power superpower.”

“The idea that the U.K. will be independent and powerful once again is a very, very potent one,” says Klaas, an American, who is the author of The Despot’s Apprentice: Donald Trump’s Attack on Democracy.

As both Trump and Johnson seek to transform their countries, they have also targeted what they describe as the enemies of change. Trump pledged to “drain the swamp,” referring to the political class of legislators and lobbyists in Washington, D.C. Similarly, Johnson has targeted the Eurocrats in Brussels, whom he made a career of criticizing back in the 1990s, when he was a reporter there for the Telegraph.

Today, Johnson portrays the European Union as a well-intentioned peace effort through economic integration that now threatens to become a super-state.

“It’s not we who’ve changed, it’s the EU that’s changed out of all recognition,” Johnson said when he launched the Brexit campaign in 2016. “To keep insisting that the EU is about economics is like saying the Italian mafia is interested in olive oil and real estate.”

Robin Niblett, director of Chatham House, the London think tank, says both men rode a popular backlash against globalization that was brewing in their respective countries. Industries lost jobs to lower-wage countries overseas, hollowing out communities in the American Midwest as well as in the north of England and Wales, areas that voted heavily for Trump or Brexit in 2016.

The 2008 global financial crisis also had a big impact. Although the U.S. economy recovered, many Americans never did, while in the U.K., some communities suffered through debilitating cuts in government services and programs.

How long President Trump and Johnson will lead their countries is another question. Trump heads into the 2020 election with a still-strong economy and facing a divided Democratic Party. Johnson’s first task in office will be to try to unravel the Gordian knot that is Brexit, a challenge that has paralyzed British politics for much of the past three years and ended the careers of his two immediate predecessors.

But whatever these leaders’ political fate, the populist forces that propelled Johnson and Trump to power are likely to endure.